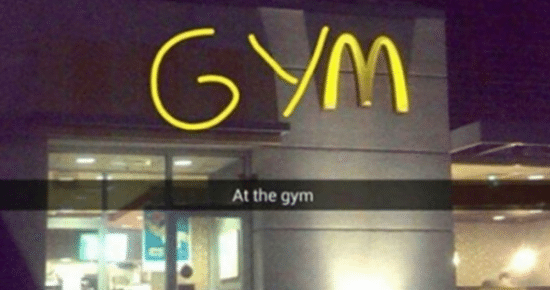 There are days that things not only just go wrong but the whole universe is conspiring against you to fail your tasks. These are actually the people who faced some of the most bizarre and cringe fails and a kind enough person captured these on camera to show the internet what it really looks like when you face a major fail. Go through the list and let us know which one of the fails is your worst fear and why?

Unfortunate things happen to people every day. It can be unpleasant when one encounters a fail. Although while some fails look painful, others can find humor in their mishap.

Thankfully people capture these moments and post it online.

We have compiled a list of the most epic fails on the internet. Scroll down below to check them out.

The look on his face is priceless….

This person never learned how to parallel park…

Only saw them after the picture was taken.. 😮

Yes that is snow…

Don’t fall for it!

At least she didn’t slip in the shower…

Already at work for 5 hours before I realized I had 2 different shoes on.

That will hold it….

So close.. Yet so far

Thanks for letting me know…..

Well they were close enough!

Forgot to put window up the night before.

Who are you to judge?

Not sure if that is how the door is suppose to open.

My sister was getting an allergic reaction test, and she was allergic to everything they tested for.

He thought we were having a costume party

You don’t ever want to see this comin towards you

From Flame to Lame

Porcupine fell on her head. That is luck right there

Water leak from upstairs formed some type of alien looking formation on my roof. That’s waterproof paint for you

Who do you call now?

The diversity is that they allowed brunettes…

Lets hope this isn’t the entrance to the zoo.

Who’s fed up of overpaying for diabetes?

DO NOT RETRIE THOSE DISCS!

They say there’s a key to every lock…They never said this was the key to that lock, though.

How did this happen?

Eye am not so sure about her face…

The fault is secure now…

Who are you trying to convince?