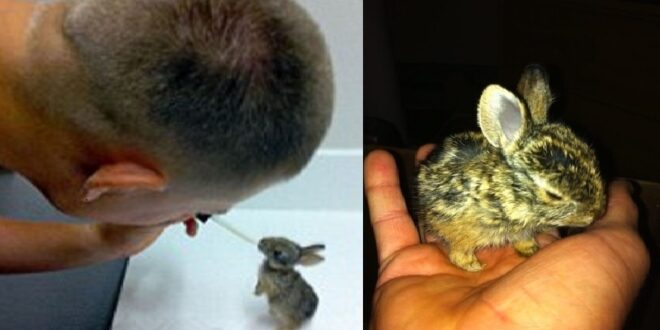 U.S. Marine Rescues Orphaned Bunnies From Military Barracks And Nurses Them Back To Health

There are many touching stories about rescue animals. It shows human love for poor animals. You can watch the video below. I think it will make your brighter day.

Joshua Bisnar, a Naval Hospital Corpsman, found the helpless bunnies alongside their dead mother while he was raking the volleyball court at Camp Pendleton, in San Diego, California, where he was stationed with a Marine Corps unit. He scooped up the animals and carefully placed them in a makeshift home – consisting of a box with a few old shirts to make it more comfortable.

Bisnar said: ‘I would feed them at about 6am before work, 12pm at lunch and 6pm. 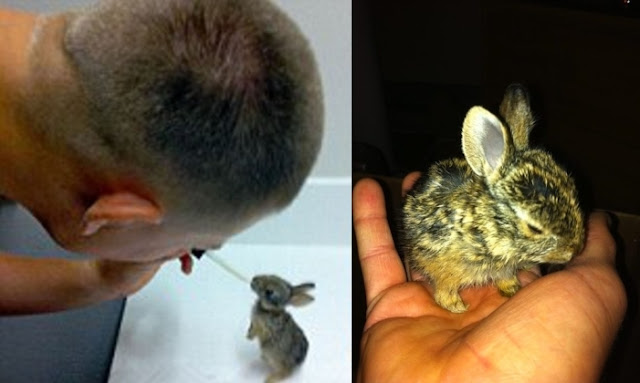 ‘They got out of that ugly newborn phase and started looking like fluffy little bunnies after one week. 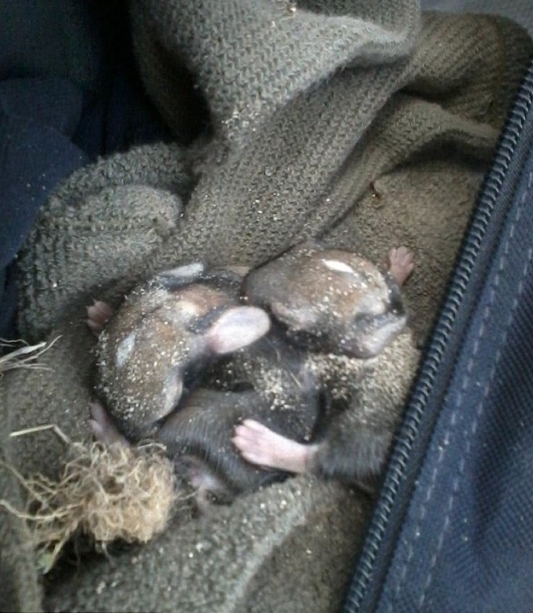 Soon they were hopping around their modified cage I made them.’ 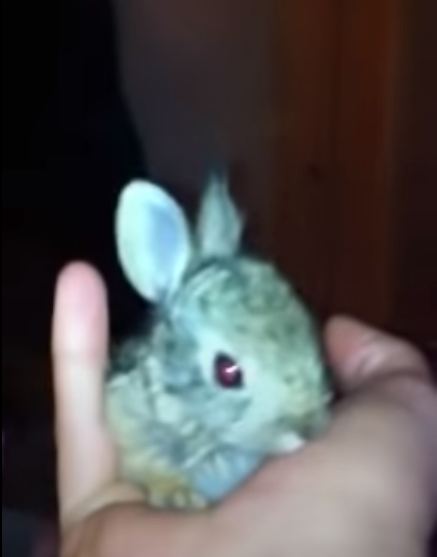 ‘It was adorable. I always knew when they were hungry because they would all bunch up and look up at me during the day when I walked by and when I would put my hand in the box, they would all run up and fight to jump into my hand for feeding.’ 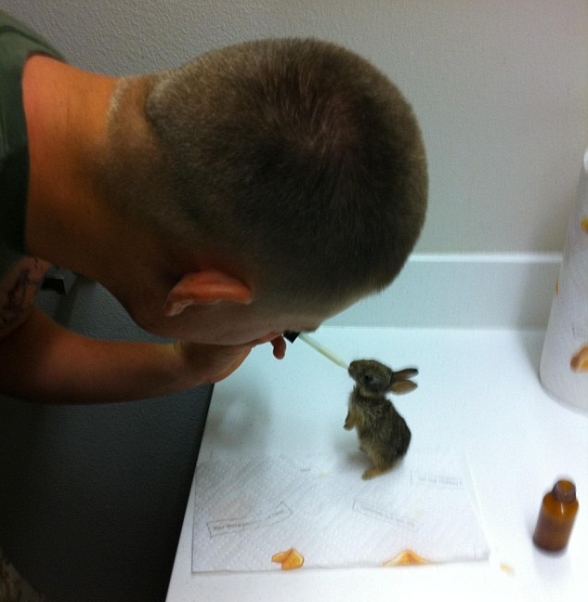 Mr Bisnar started weaning them on to arugula (rocket salad) and slowly incorporated some of the natural foods found in southern California – including dandelions and grass. 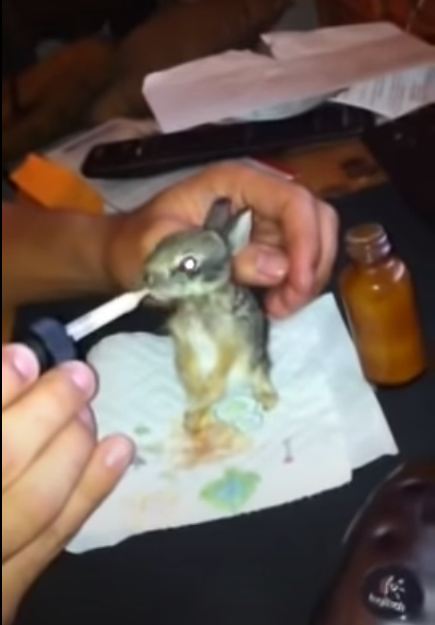 Then one day, the combat medic went back to his room to discover there was one just sitting in the hallway looking at him – and he knew it was time to let them go. Mr Bisnar said: ‘I’m originally from Newport Beach, California, so the next weekend I brought them to a wildlife conservation place off of PCH in Huntington Beach.

‘The lady that worked there was amazed about how a Military member from Camp Pendleton raised four bunnies with a 100 percent survival rate. 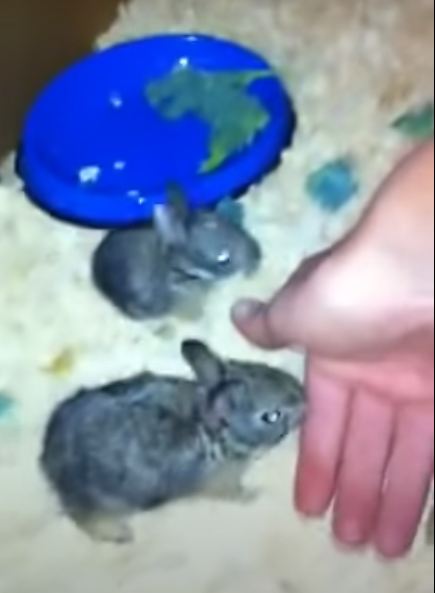