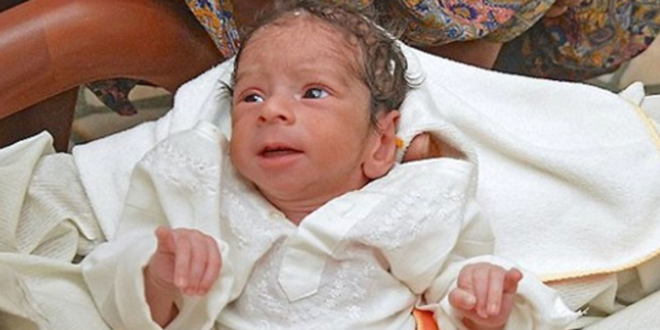 Becoming a mother is a very personal choice, but some are questioning whether one can be “too old” to have a baby. That’s because new fertility technology is enabling pregnancy in women in their 70s!

It’s not common, but dealing with the choice of becoming a 72-year-old first-time mother is something Daljinder Kaur deals with every day. And she’s understandably concerned that she and her husband have neither the physical or emotional energy to raise their son the way they feel he deserves to be raised.

Daljinder Kaur is from Haryana, India, and while she doesn’t have a birth certificate she claimed to be around 70 in 2016 when she gave birth. Her doctors estimated she was 72.

Her husband, Mohinder Singh, was 79 at the time.

The couple has been married for 50 years now and for decades they tried and failed to conceive naturally. They also decided that adoption was not the right choice for them.

In September 2014, the couple decided to seek fertility treatment at the controversial National Fertility and Test Tube Centre in Hisar.

(If you’re wondering how a post-menopausal woman can get pregnant even though they no longer ovulate, it’s because the eggs are harvested from younger donors and the father’s sperm is typically used to fertilize the egg.)

The facility is known for treatments that allow women over 50 to get pregnant – and for not questioning the ethics of such a decision.

When the clinic agreed to the procedure (and, to be fair, they did hesitate in this case at first), it likely made Kuar the world’s oldest mother. (At least until 2019 when a 74-year-old woman gave birth to TWINS!)

A baby is born

Amazingly, Kaur managed to have a relatively healthy pregnancy and even a natural birth!

She also breastfed her son, who the couple named Armaan.

Armaan was born healthy – if a bit small and underweight – but his parents were committed to spending every waking moment to his well-being.

“We cannot thank God and our doctor enough for blessing us with a baby boy,” Kaur said.

While he had some trouble gaining weight, he remains a healthy little boy.

“We plan to give him the best of everything when he grows up,” he said.

The process of having fertility treatments was wildly expensive for the couple. They say they spent 1 million rupees (or $14,300) for their 3 IVF attempts before finally succeeding.

But it was all worth it.

“Money does not matter to me,” Kuar declared. “I wanted my own child at any cost and today I am a mother.”

From baby to toddler

Practical Parenting published an update from the couple in 2019 and, as you might imagine, they were having a hard time keeping up with their healthy and rambunctious toddler.

Kuar said she has also suffered from high blood pressure and weakening joints since Armaan’s birth.

“My blood pressure has suffered and I get tired very easily now. I’ve seen several doctors but they just give me medicines and a diet plan,” she said. “My body can’t take it. It’s been harder than I thought. I’m worried for Armaan. I have to take care of my health but I have to care of Armaan too.”

Still, the couple says they wouldn’t change a thing about their decision:

“I love him. He is a friendly child and smiles at everyone. This makes things very easy for me because I can be at ease when someone is around.”

Despite struggling to be the parents they know their son deserves, they’ve chosen not to bring in any outside childcare:

“I spend all day with him. We decided not to get any help. He loves his father a lot. He’s always in his arms if I’m busy cooking or doing housework,” Kuar said proudly.

What does the future hold?

Parenting is difficult at any age – but this situation raises some important questions about whether or not age should be a factor during fertility treatments.

In February of 2020, a bill called the Assisted Reproductive Technology (ART) Regulation Bill was re-introduced and is still waiting for a final vote in India. It sets down some regulations for fertility clinics to assure “safe and ethical” reproductive procedures to infertile couples, but it also makes these treatments quite restrictive. For example, it would prevent women over 45 and men over 50 from accessing such treatments.

Of course, some wonder if this will only serve to drive the practice underground, making it even less safe for women to use.

Be sure to scroll down for the news story on the family shortly after Armaan’s birth.

Previous 7 Simple Ways To Transform Your Body In Just One Month.
Next U.S. Marine Rescues Orphaned Bunnies From Military Barracks And Nurses Them Back To Health