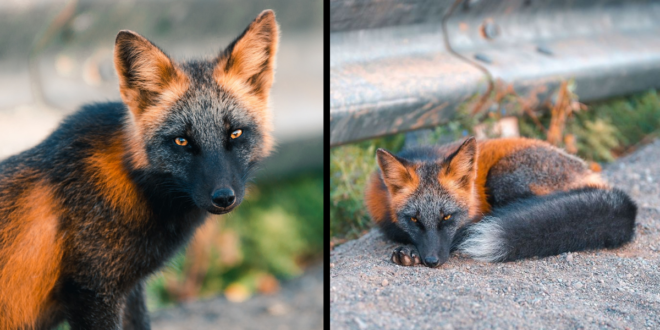 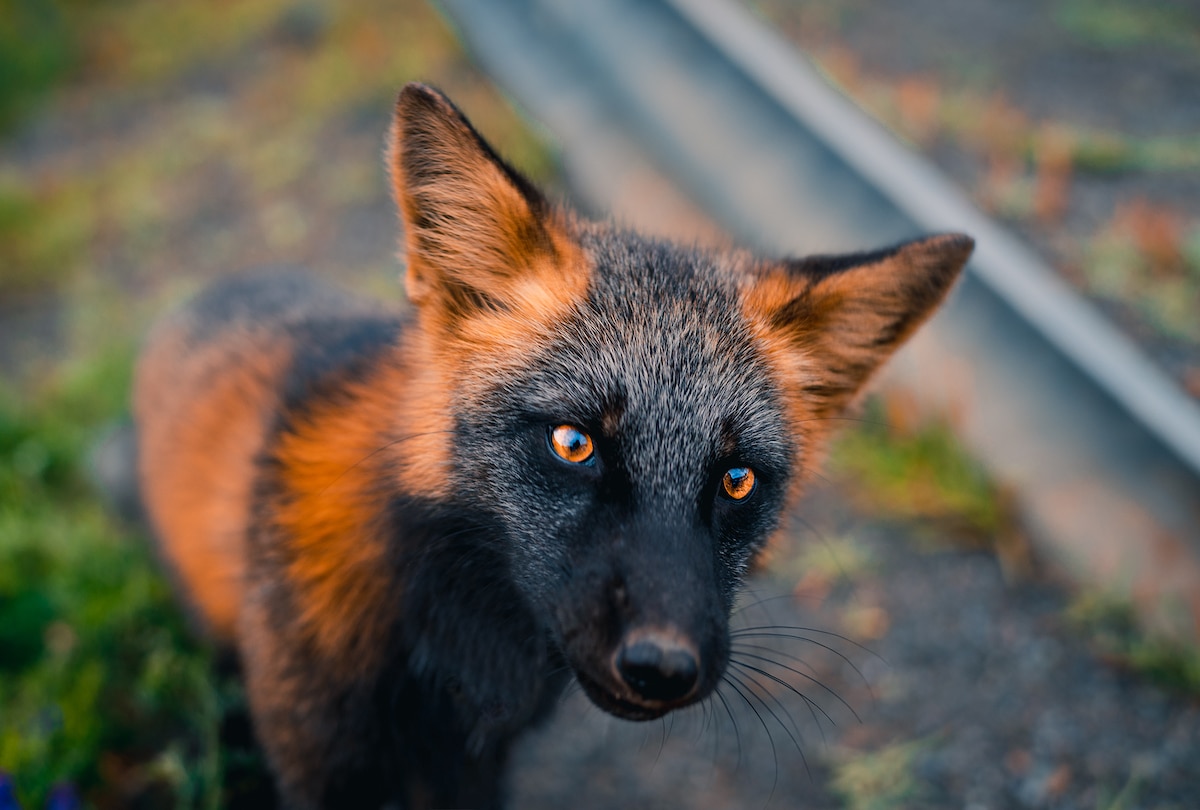 Over the course of two months, photographer Sam Gaby gained the trust of a unique-looking fox in Newfoundland. Over time, they built a relationship that allowed the friendly photographer to capture some beautiful photographs of the wild creature in nature.

Cross foxes are a fairly common sight to those who live in northern North America, where they’re more abundant. As a melanistic variant of the red fox, the beautiful creatures have an orange coat mixed with dark stripes that run down their back and intersect across their shoulders. They make up about 30% of the Canadian red fox population; and though they’re more common than a silver fox variant, they’re still a special sight to behold.

After first spying on the fox in 2018, Gaby worked hard to gain the animal’s trust. “Our first encounter was calculated, I was focused on how to not disturb this wild animal, but at the same time, I was trying to assure him that I was not a threat,” Gaby tells My Modern Met. “He was unsure about my presence, each cautious step forward was followed by two steps back and our first encounter didn’t last long, I moved slowly but by the time I prepared my camera and locked eyes with him he ran off.”

Luckily, Gaby didn’t give up and after repeated visits at sunset, the fox began to relax around the photographer and his camera. After the initial span of two months, Gaby returned several times during the summer and winter to check in on his new friend. During each visit, he was able to learn a bit more about this cross fox and its sibling, who can often be seen in Gaby’s photographs as well.

“I am impressed with his beauty but also his level of intelligence,” Gaby confesses. “I’ve witnessed him hunting, hiding and retrieving food stores, and interacting with other foxes. He was extremely playful, especially with his sibling, I gave them both names; Mat and Pat.”

While in Newfoundland, photographer Sam Gaby came across a cross fox. 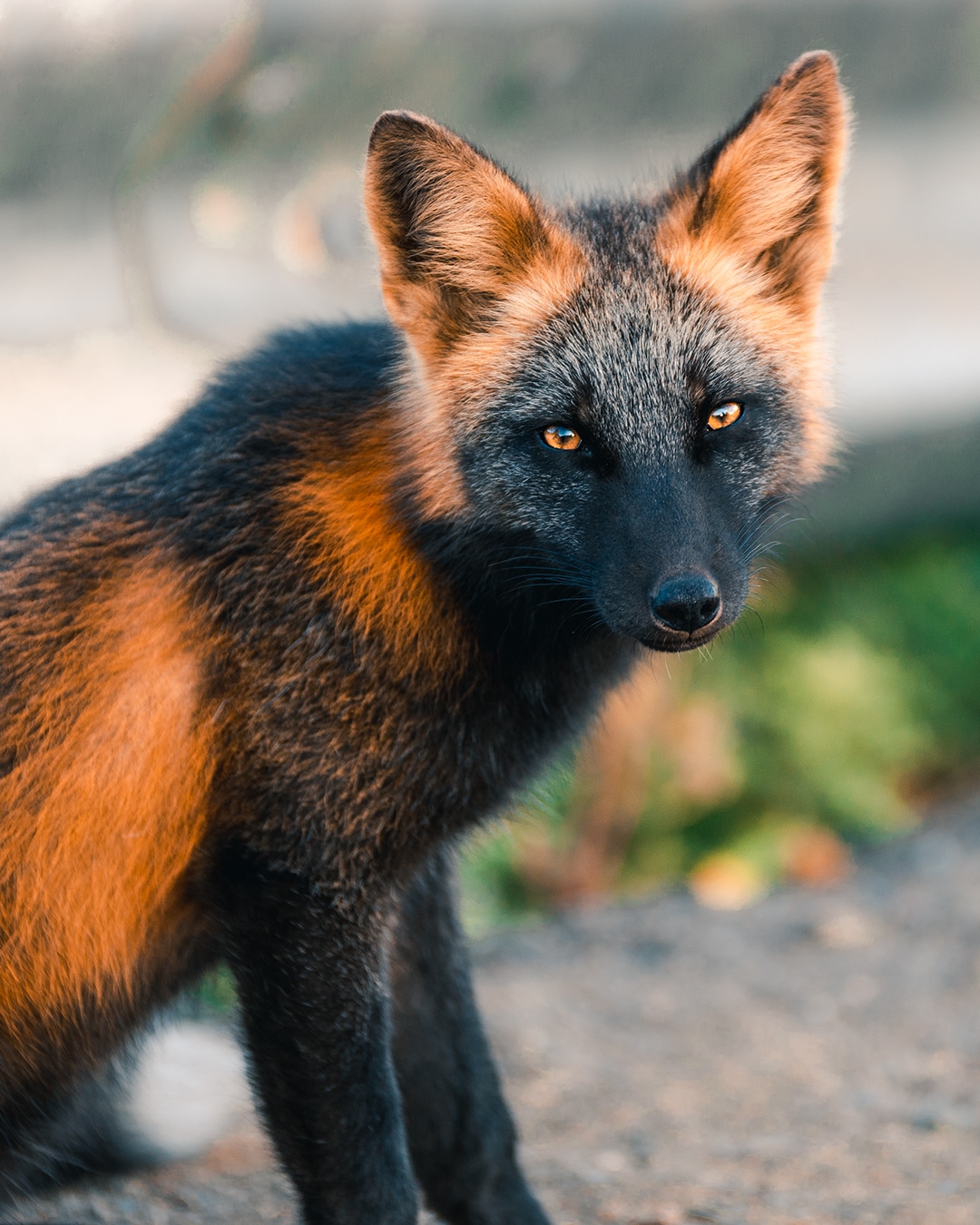 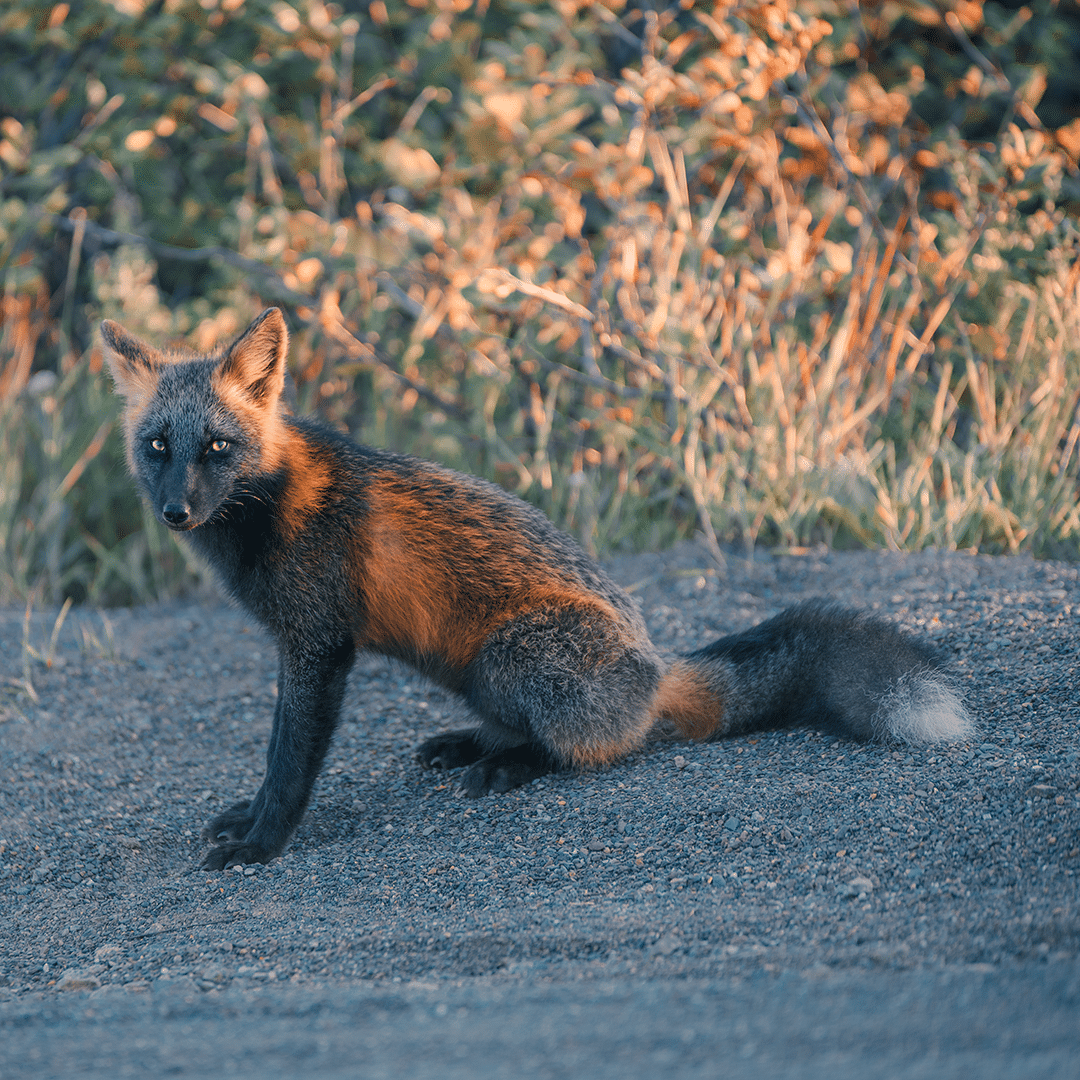 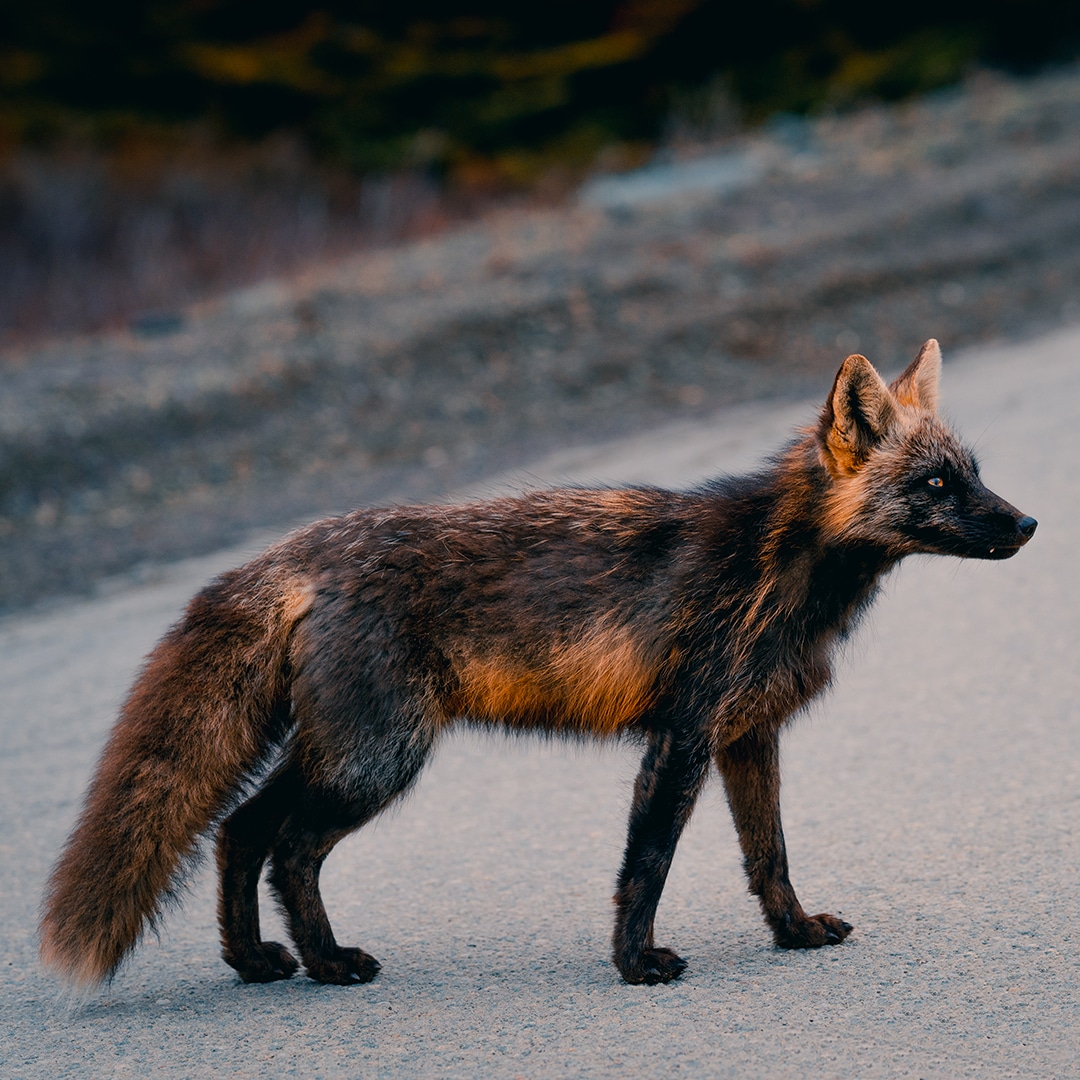 Over time, the fox—a partially melanistic variant of the red fox—came to trust Gaby. 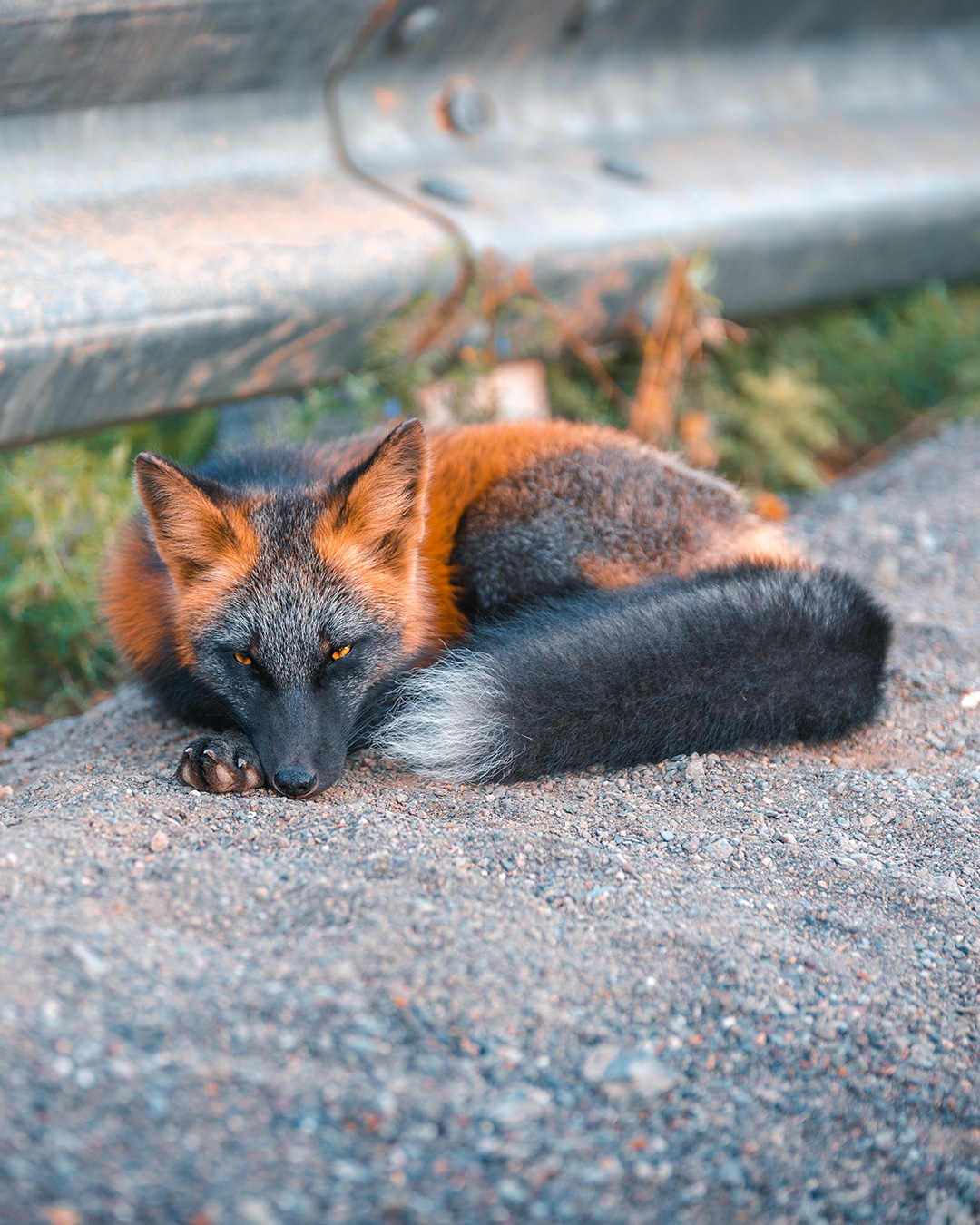 And the wildlife photographer was even able to capture the fox playing with a sibling. 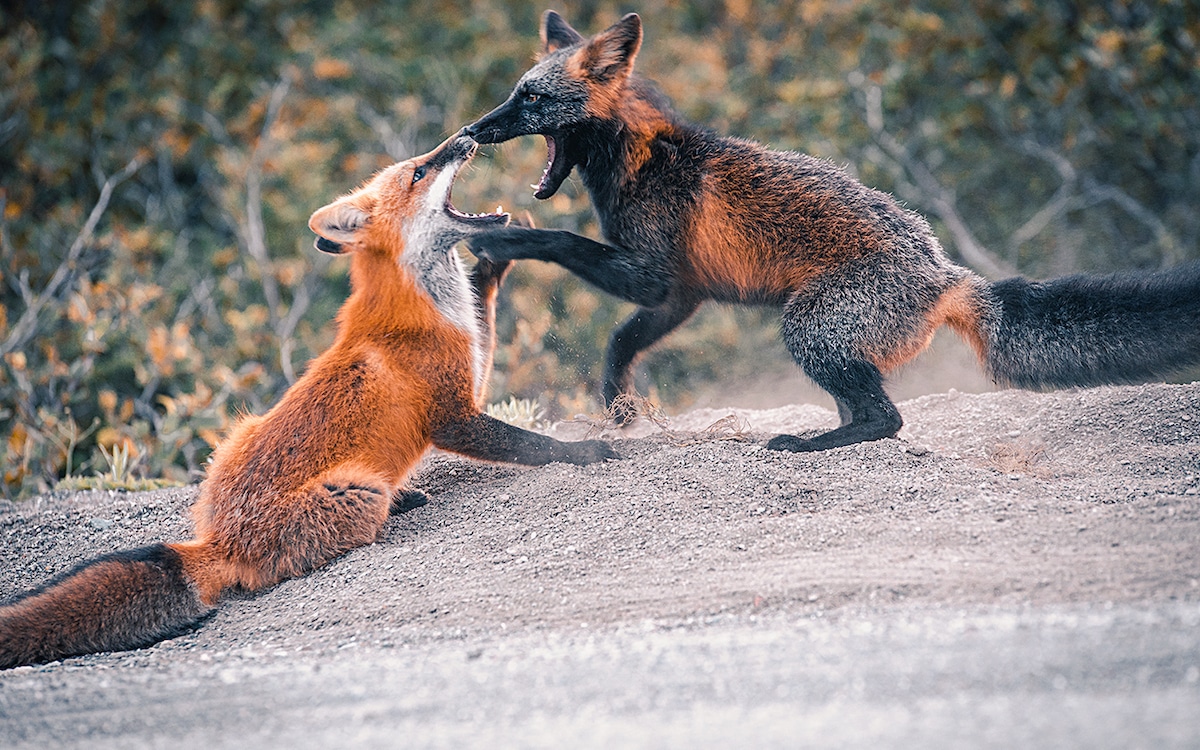 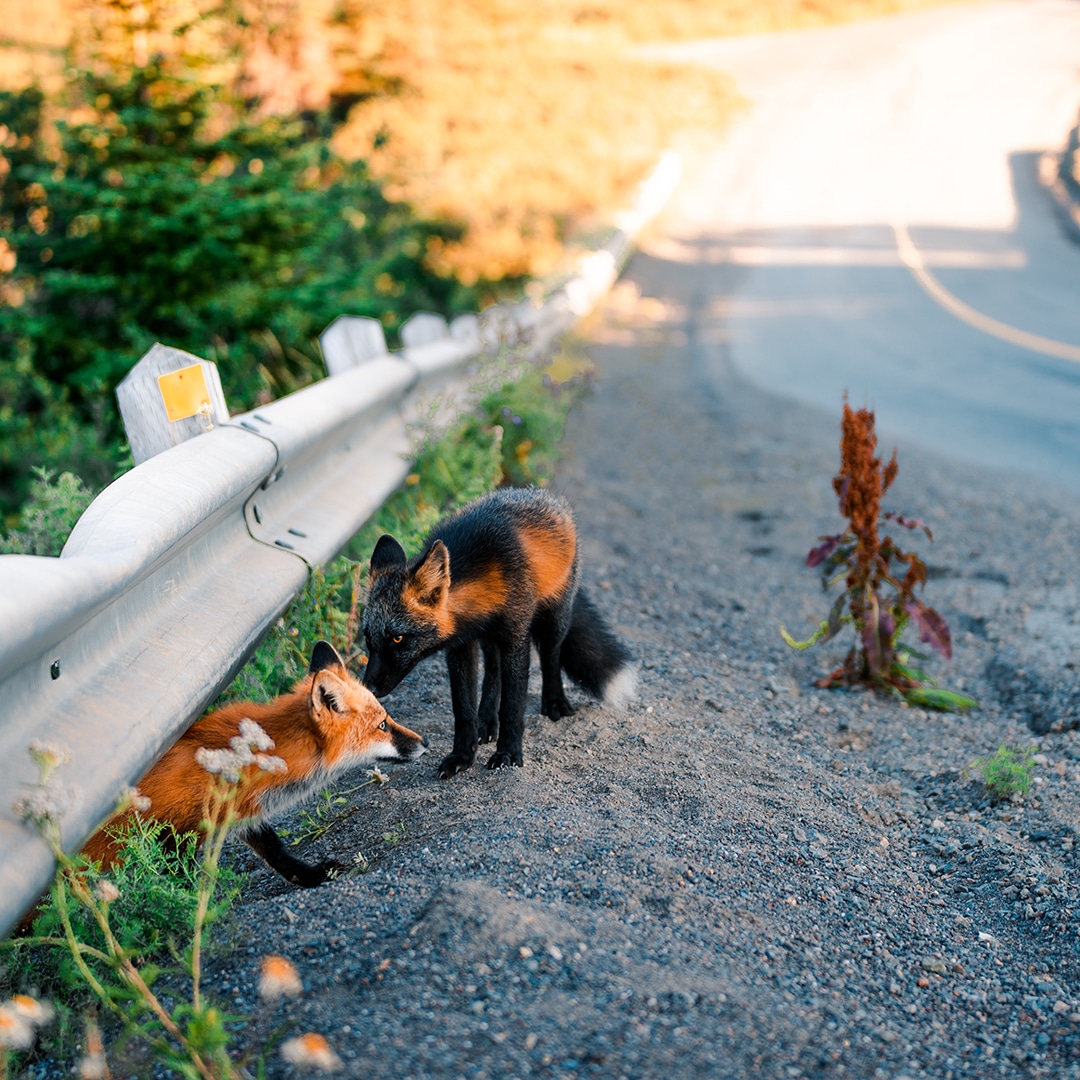 After a few months, Gaby could get close to the orange and black fox, which allowed him to document his furry new friend’s daily habits. 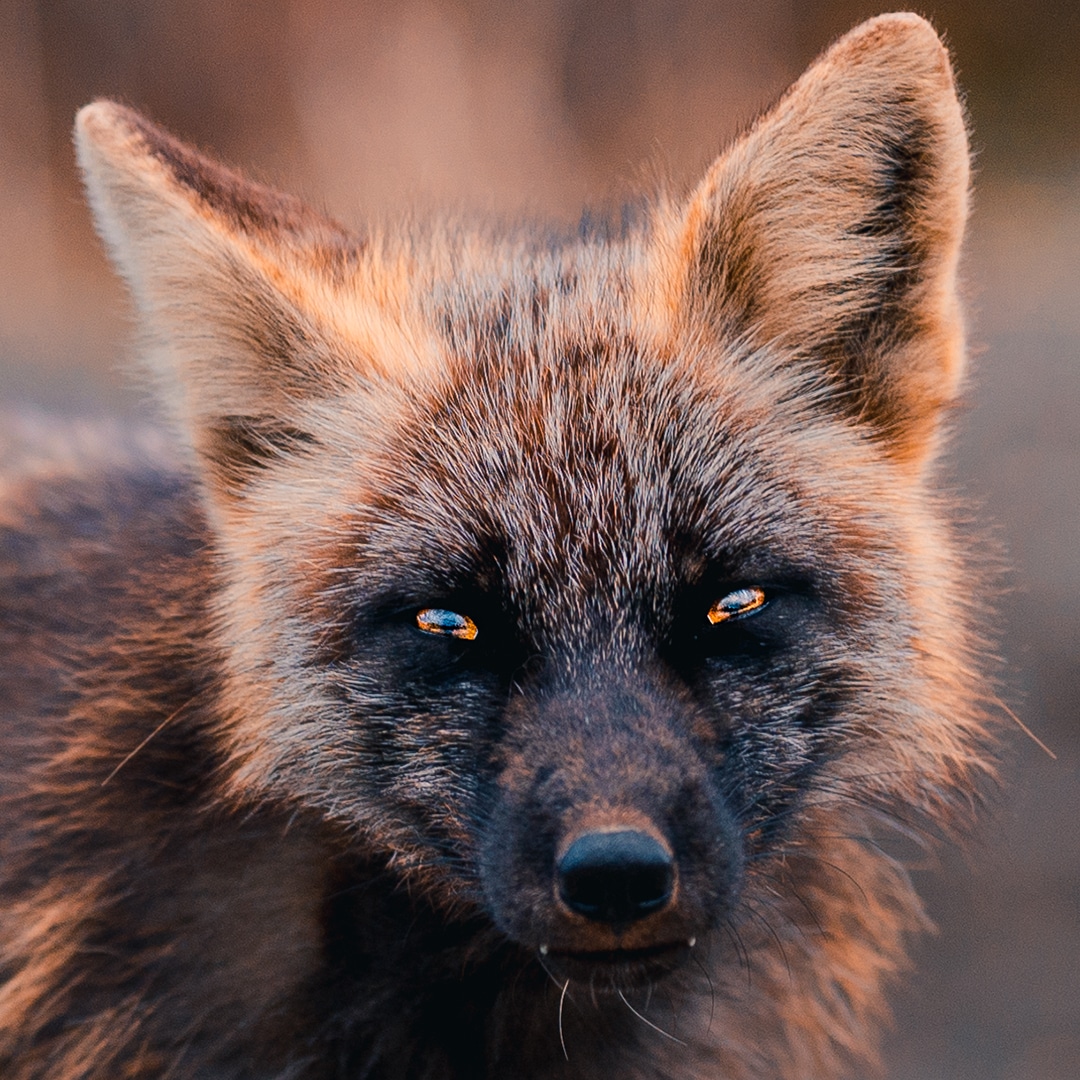 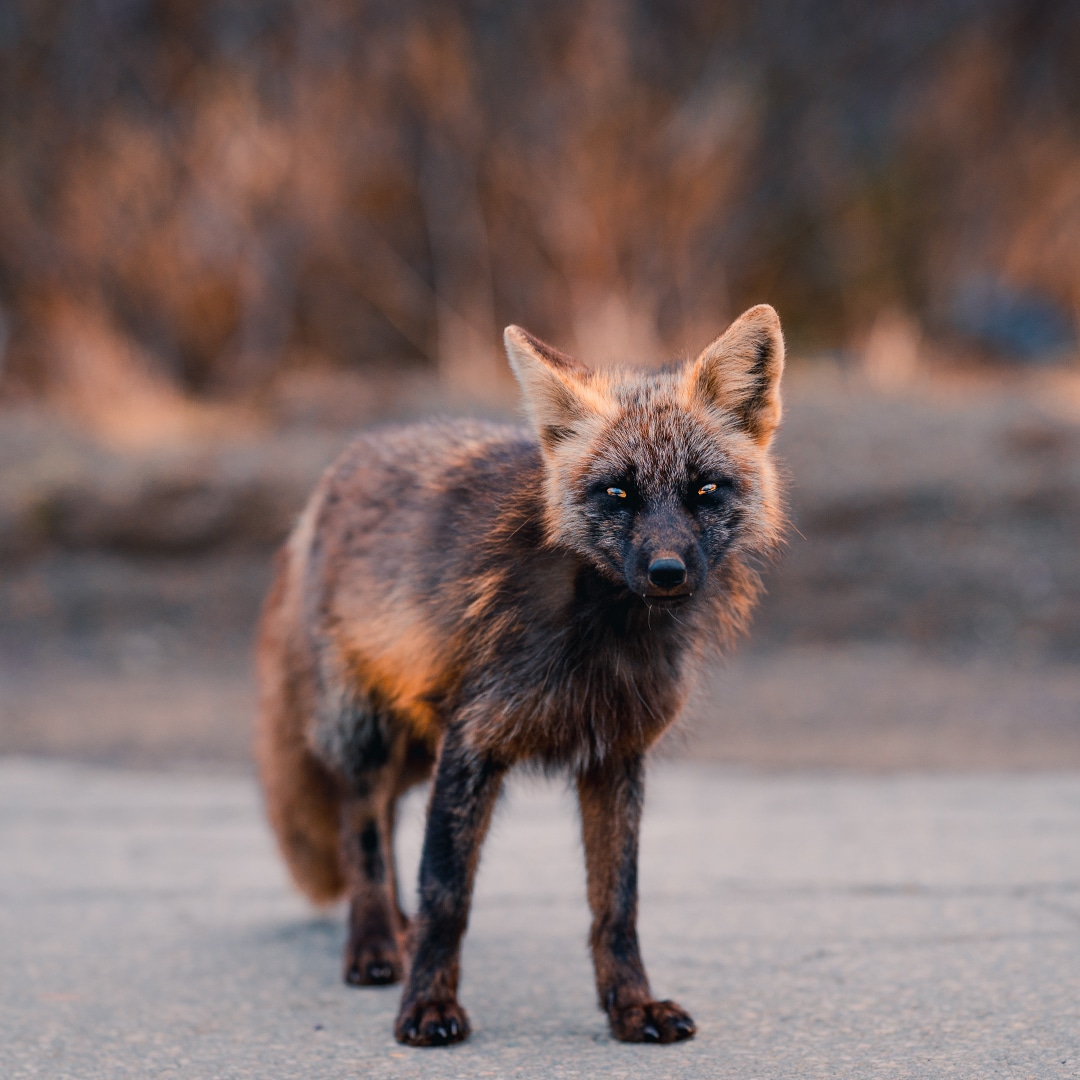 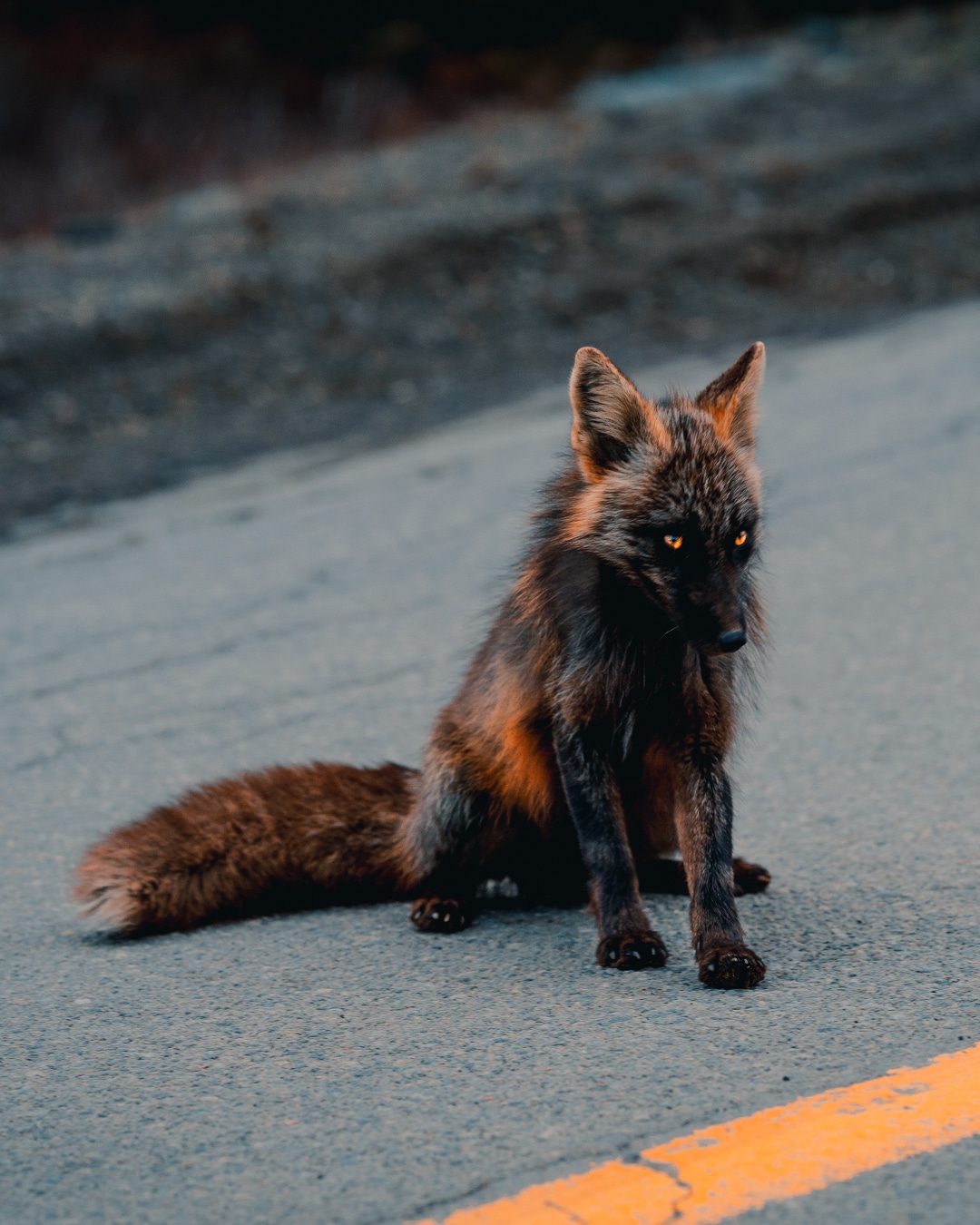 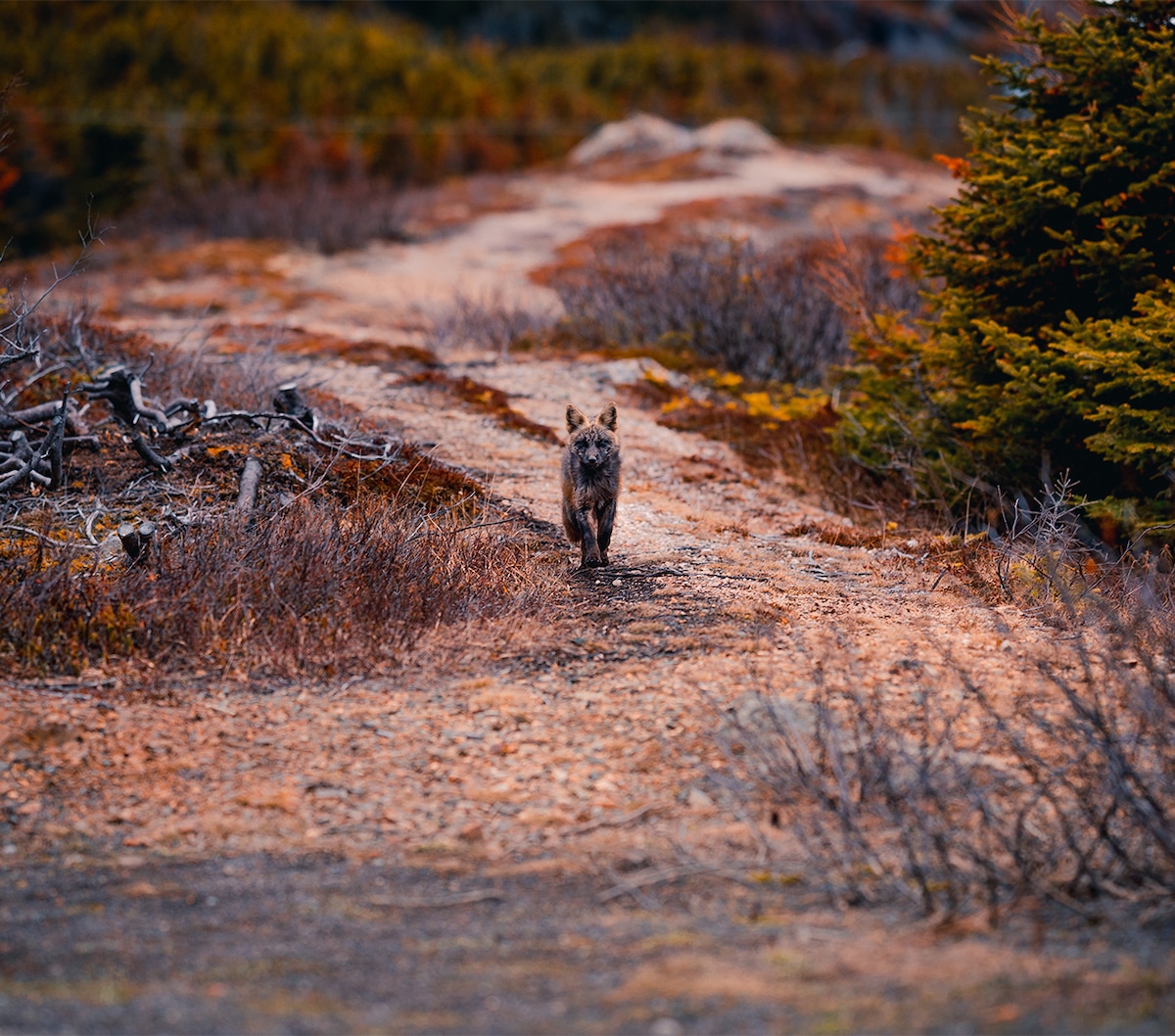