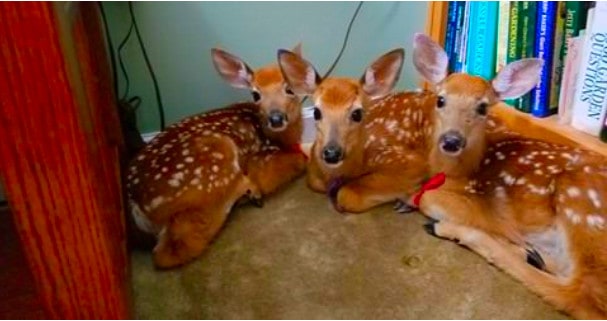 The odds of seeing a deer are pretty high if you live close to a forest. Just in my own neighbourhood the other day, I saw one roaming around in a neighbour’s backyard.

A lot of people find deer to be a nuisance, claiming that the animals ruin their backyards by stomping on their plants and eating their grass and flowers.

Having said that, I think this story might melt even the coldest of hearts and can potentially make all angry backyard owners rethink their perceptions of deer.

Anyone who’s watched the movie Bambi knows how adorable a baby deer can be — but what if you were to encounter three of them?

Well, that’s exactly what happened to one woman after accidentally leaving her backdoor open during a storm. 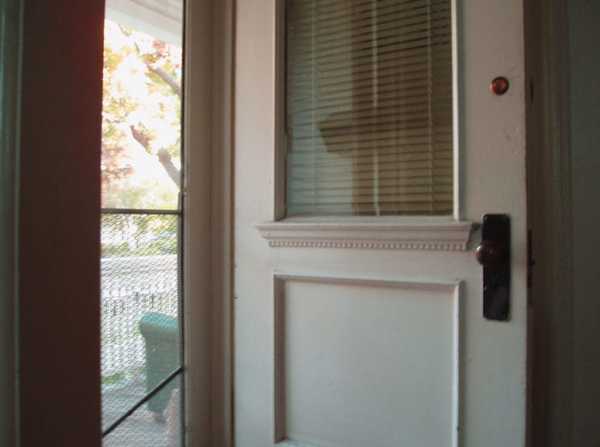 The woman, who calls herself Amscolie on the online community Imgur, decided to share her adorable story with the internet.

She had left her backdoor open while preparing her house for a terrible storm that was on its way.

When the storm hit, she went out for a minute to take a peek and see if the orphaned white-tailed baby deer that she usually looks after were around. But they were nowhere to be found.

As she would soon discover, they were closer by than she had imagined. Animals are known for having a sixth sense when it comes to sensing when a storm or a natural disaster is on its way. The animal has much better hunched than human, according to AccuWeather.

They have the ability to sense changes in the air pressure and/or pick up sound frequencies that humans can’t hear.

This is why you see some dogs, elephants, horses and birds behave strangely just before a storm or another weather catastrophe is about to happen.

These little fawns were no exception. When Amscolie went back inside she was stunned. Somehow, these three little cuties had made their way into her house, without her even noticing. Her backdoor was half-open which meant they saw an opportunity to seek protection indoors — how smart is that? 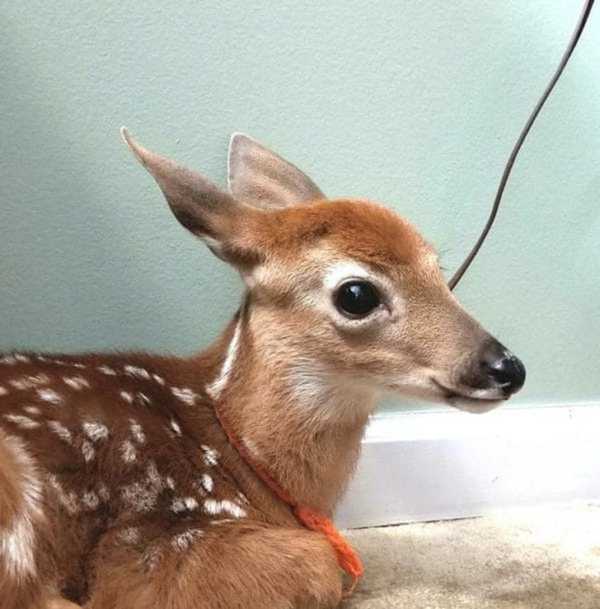 “I raise orphaned wildlife. Recently, the back door was open as a storm was coming. The deer were nowhere to be found,” Amscolie explains. “I went inside, was heading to the front door, only to see them next to an end table in the living room. Told them they could sleep in the house for the night because it was going to be nasty.” 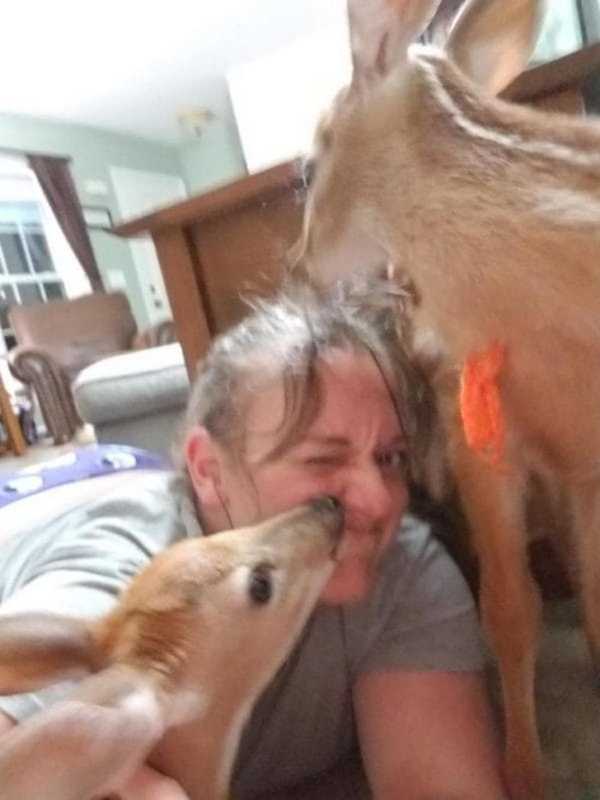 It’s clearly distressing for any pet owner or ‘animal mom’ to not know where their babies are when it’s horrible out, but luckily these little ones knew exactly what they had to do.

A happy ending to a scary situation — and the animals didn’t hold back in showing their gratitude, as you can see in the picture above. 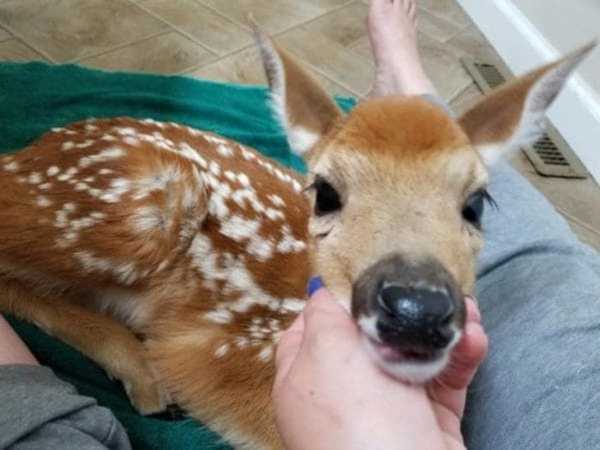 Whether you’re a deer lover or not — I find it hard to imagine anyone would disagree with Amscolie when she writes: “How could you ever say no to a face like this?”, referring to the picture above.