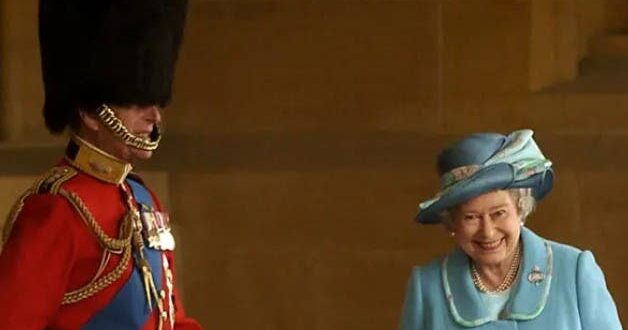 The Real Story Behind The Giggling Photo Of The Queen

Prior to Prince Philips death on April 9th, Prince Philip and the Queen had been married for over 73 years. They gave more than half a century of brilliant service to their country as a team.

In public however their relationship looked more like a professional act than personal.

The above picture has been widely shared since the padding of Prince Philip on Friday. It shows the Queen laughing at Philip while attending an event at Windsor Castle.

Many people on social media were claiming that the duke had played a practical prank on the Queen.

Prince Philip was known for playing pranks from time to time and this is why their relationship endured.

But now the true story about the image has been revealed by the one person that would know. The photographer.

He revealed that everything was going to plan until a swarm of nasty bees disrupted proceedings. A beekeeper was summoned to come and keep the bees away from the guests.

“I recognized that it was a human moment. She was giggling like a little girl and he was laughing too,” he said as he was describing the couples reaction.

In 1997 the queen had also said this about her husband. “He has, quite simply, been my strength and stay all these years, and I, and his whole family, and this and many other countries, owe him a debt greater than he would ever claim, or we shall ever know,”

Previous Homeless Dog Is Desperate For Shelter, Finds Warmth And Comfort With Baby Jesus In A Nativity Scene
Next This Lady Patted And Rocked Isaiah To Sleep Like She Had Given Birth To Him.