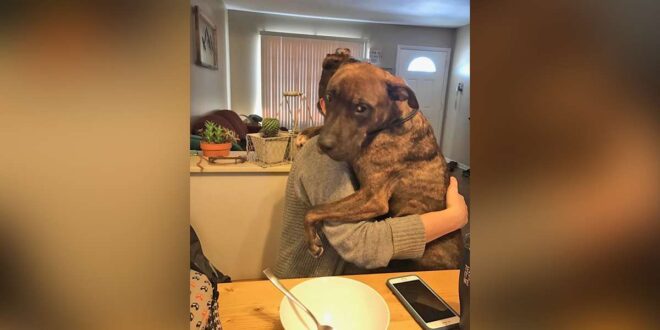 Kylo Ren ended up at the West Memphis Animal Shelter when he was just 10 months old. A big goofy dog who just wants to be loved, he was soon pulled from the shelter by ALIVE Rescue Memphis as the first step towards finding his forever family.

Once he was pulled by the rescue, Kylo spent a long time in a foster home, with no interest or applications from any potential adopters. No one understood why this sweet boy wasn’t generating any interest – until the perfect family finally found out about him. 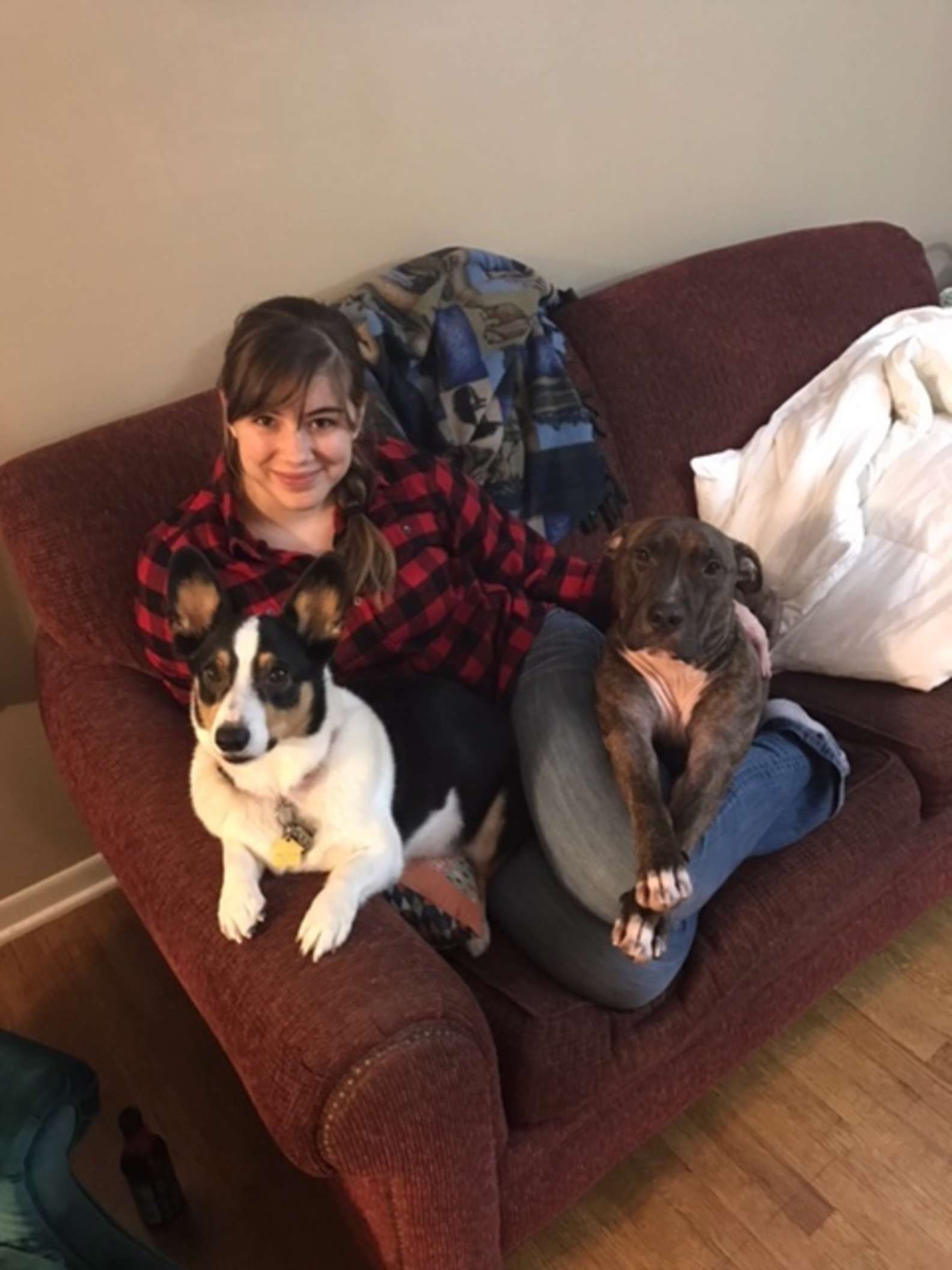 “We saw his picture on Facebook and reached out,” Meghan Sweers, Kylo’s new mom, told The Dodo. “I think he was always meant to wind up with us, it just took some time for us to find him!”

Sweers and her husband already had another dog, a little corgi named Nellie, so they decided to do a trial night with Kylo to make sure he and Nellie would get along. A volunteer from the rescue drove Kylo four hours to his potential family’s home, and from the moment he arrived, they knew it was meant to be. 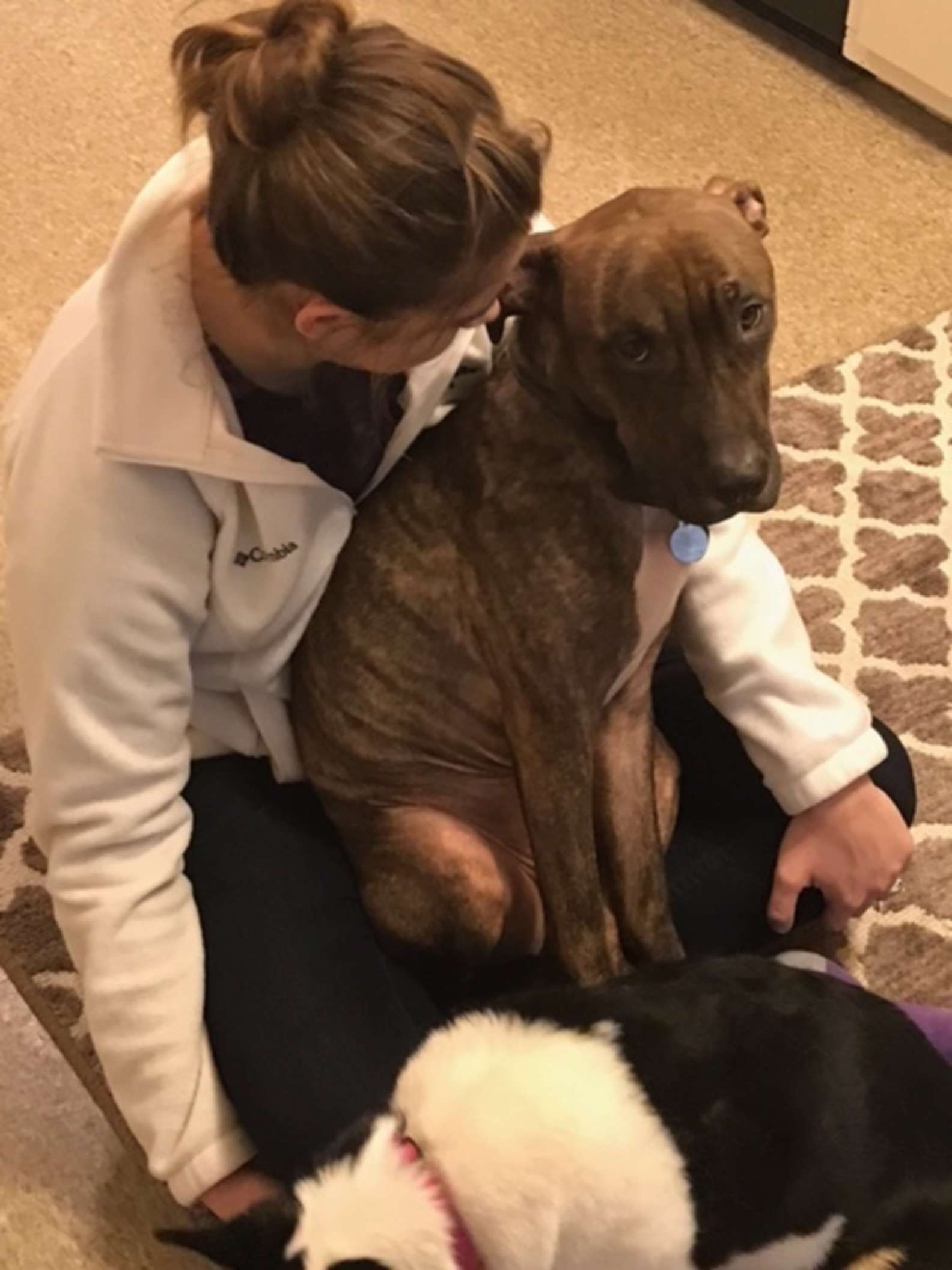 “As soon as they left he crawled into my lap, tucked his head under my chin, and started snoring like a chainsaw,” Sweers said. “From that moment my husband and I knew he was staying with us!” 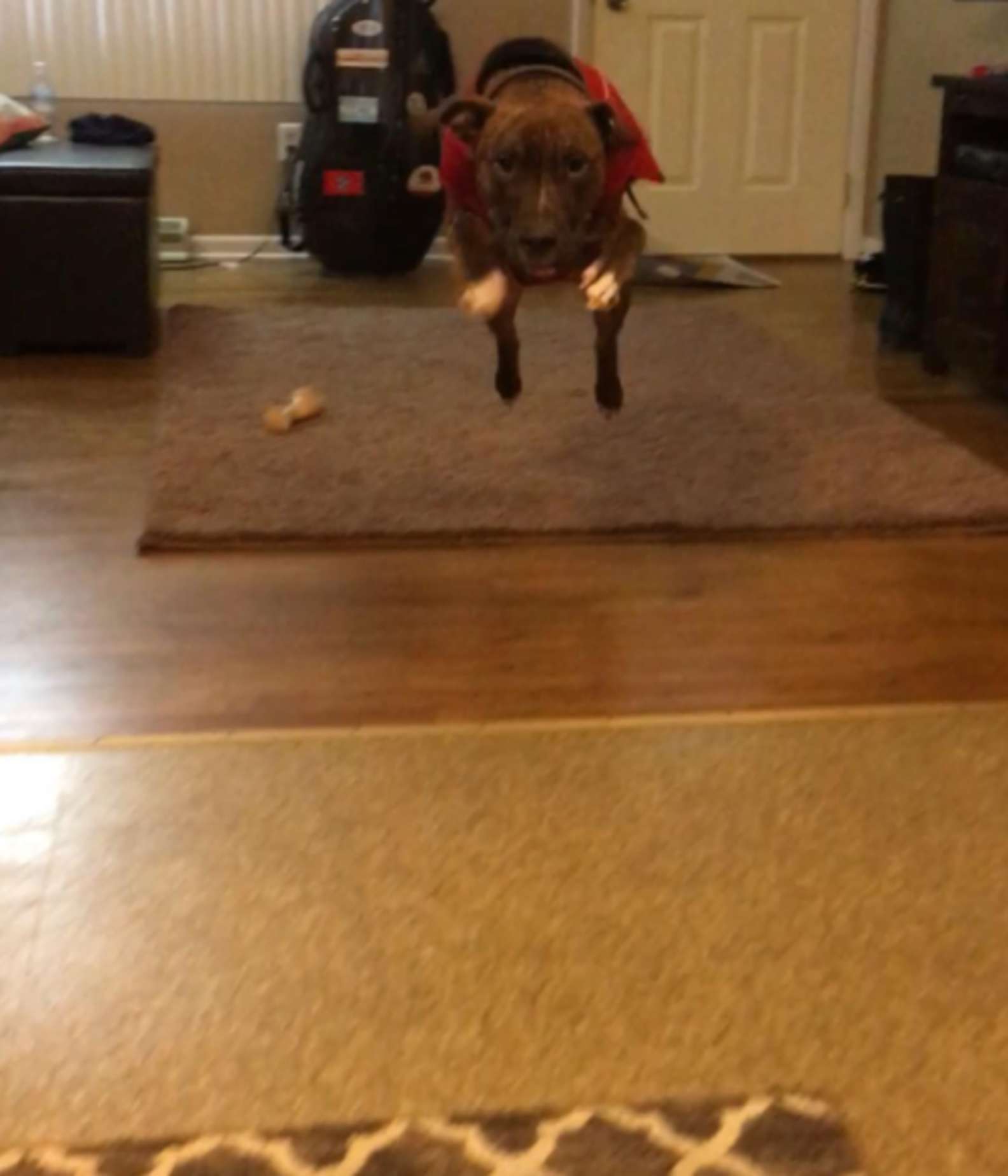 Kylo had no trouble settling into his new home and fell in love with his family immediately. He had a few quirks, like hating hardwood floors, but his family was able to accommodate every one of them, including covering their whole house with rugs so he always feels safe.

“He navigates the house by jumping from rug to rug,” Sweers said. 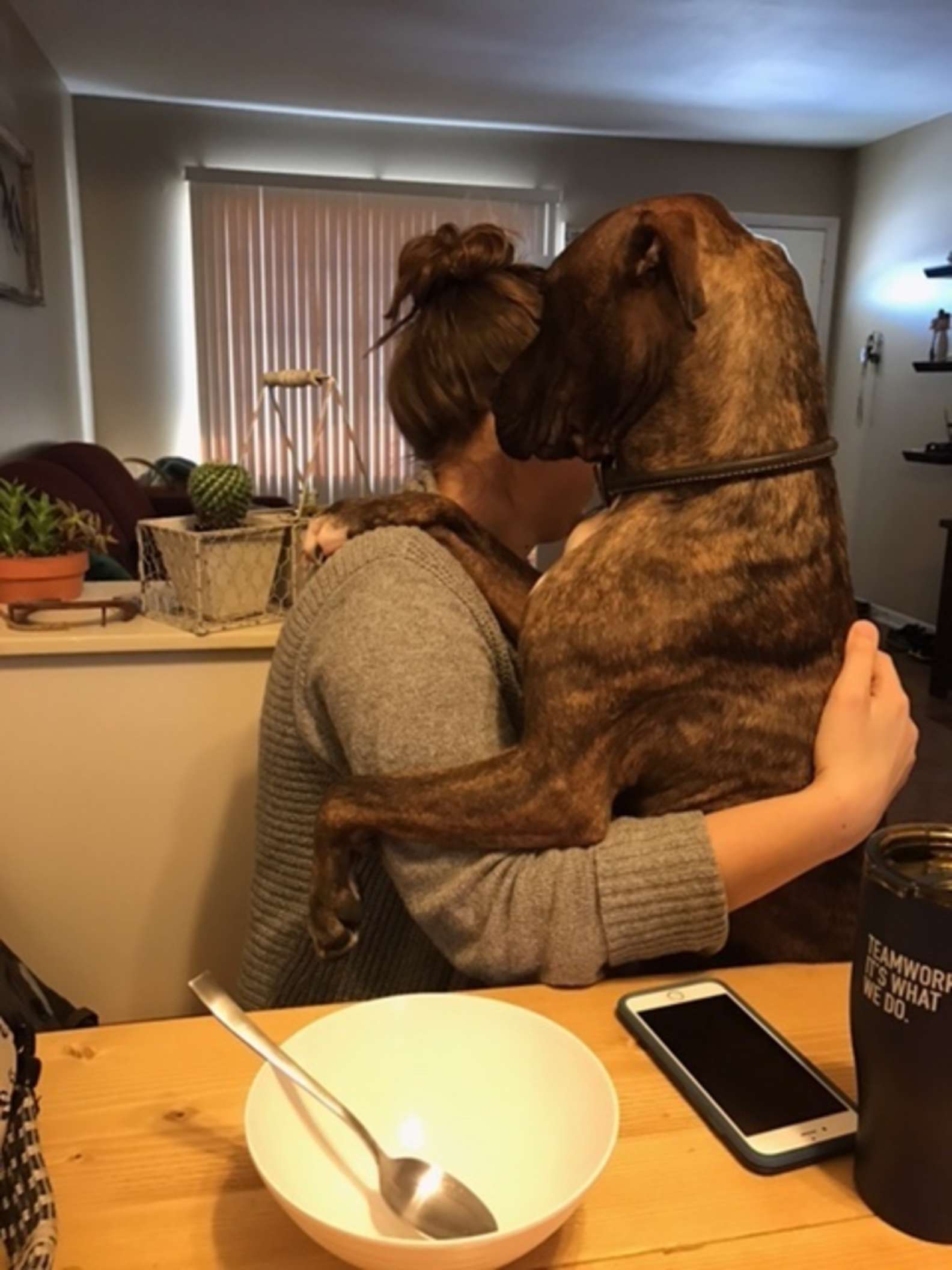 Really, all Kylo wants is to be loved and held – which is why he greets his mom with hugs and snuggles every single day when she comes home from work.

Kylo is a major mama’s boy, and so when his dad gets home first every night and lets Kylo out of his crate, he watches the front door intently until his mom finally comes through it a half hour later. 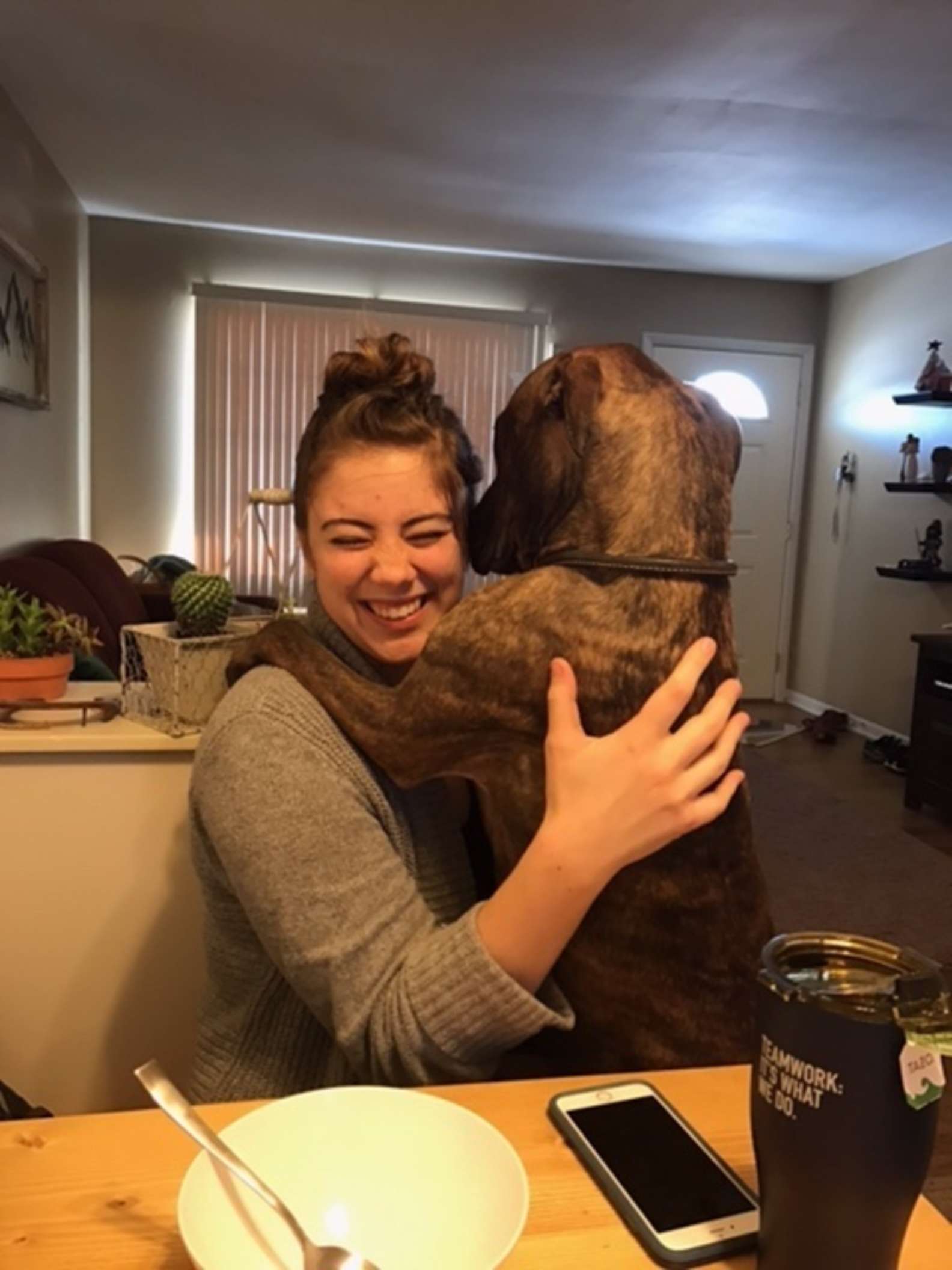 “As soon as I sit down to take off my shoes he climbs into my lap to be held,” Sweers said. “If I don’t sit down for our cuddle time he follows me around with the saddest most pathetic look on his face until I give in and hold him.” 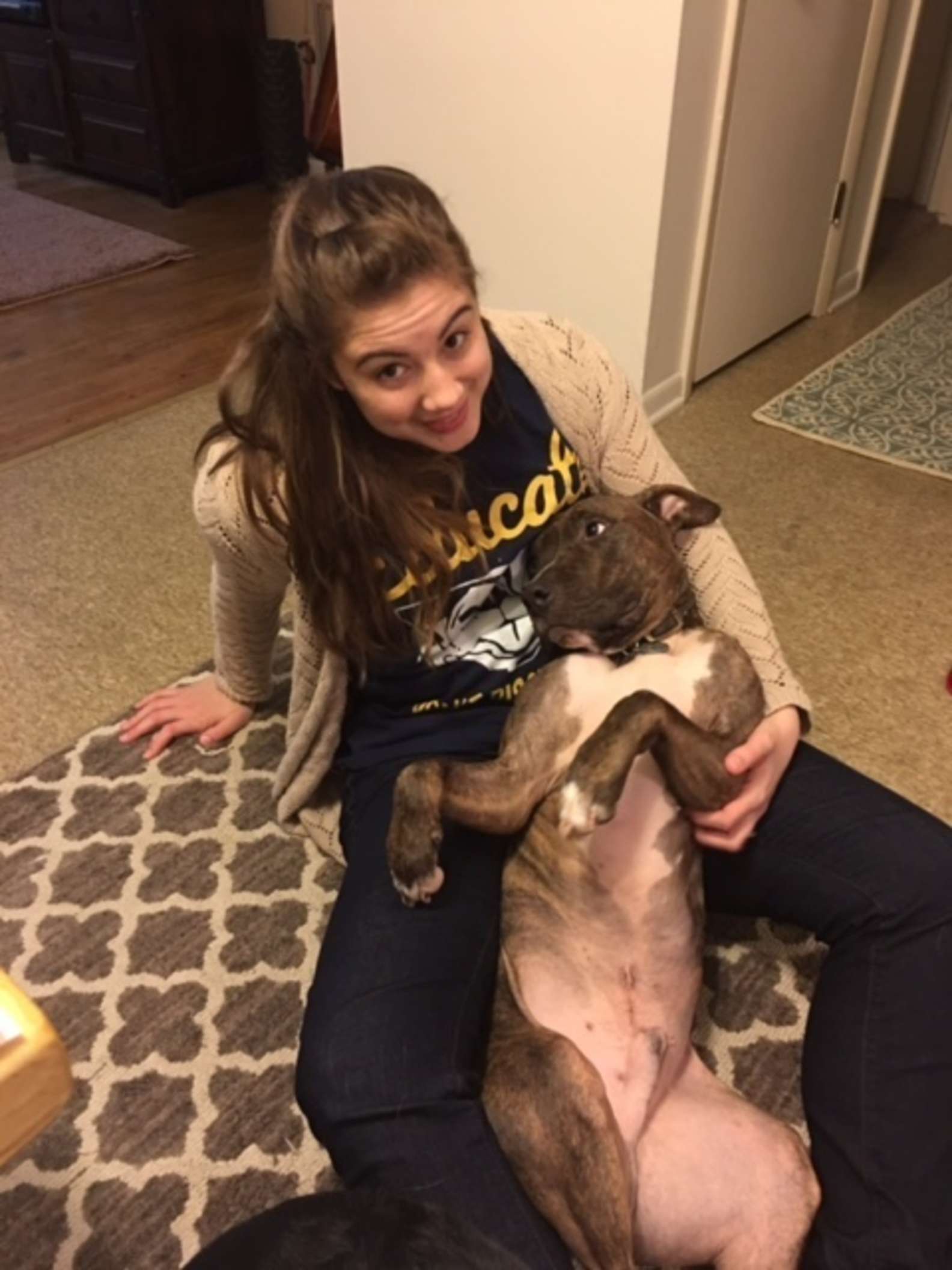 If he could, Kylo would spend all day just sitting and sleeping in his mom’s arms. He wants nothing more in life than to love and be loved in return, and even people who may have previously been scared of dogs like him can’t help but have a change of heart when they meet sweet Kylo.

“Many of our family members who were very prejudiced against bully breeds have changed their tune after spending time around him,” Sweers said. “He wins people over a bit forcibly … by climbing into their lap and falling asleep.” 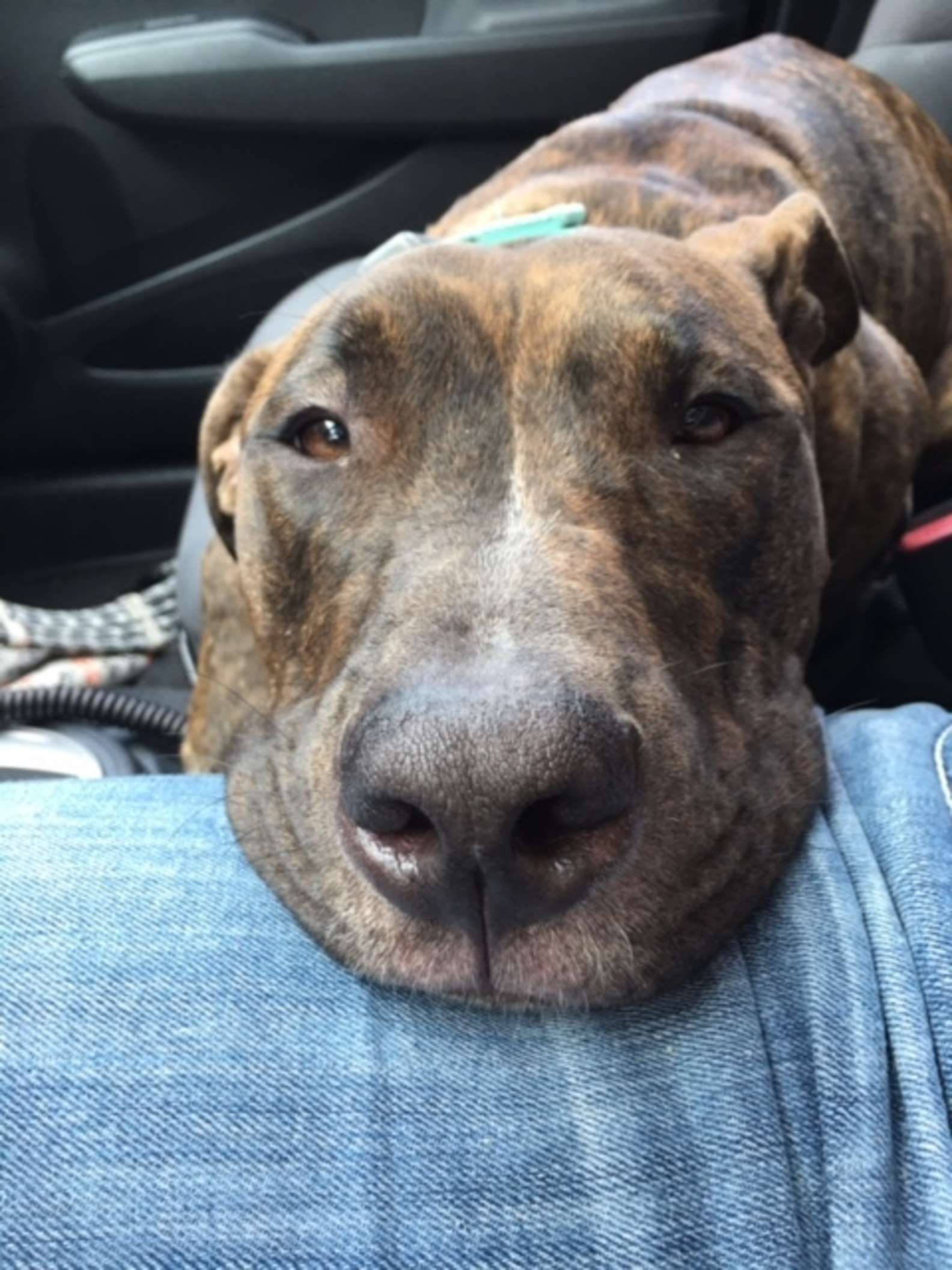 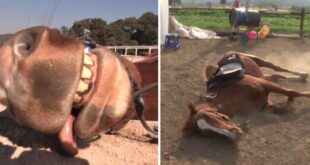 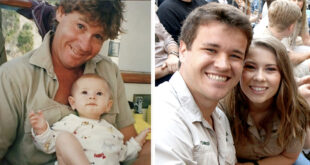 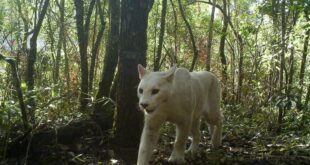 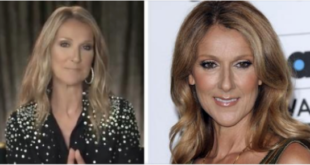 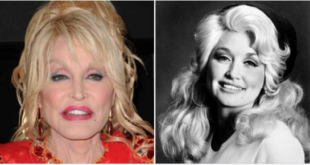 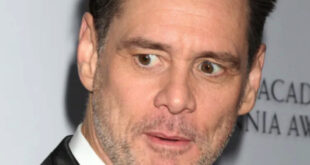 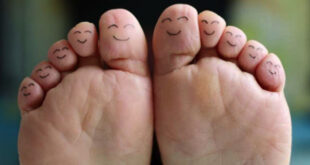 Are your toes bigger or smaller? Which toe is the longest and which is the …