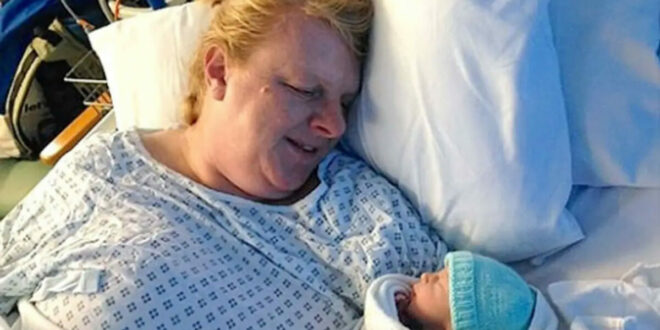 Louise Warneford from Swindon, England wanted to be a mother for as long as she could remember. So when she met her loving husband Mark in 1999, she knew they would make the perfect family.

They both wanted to be parents really badly, but things didn’t go as planned for this couple. Throughout the 16 years of marriage, Louis had 18 miscarriages. Many would think that after such an ordeal one would stop trying, but Louis never thought of giving up on her dream of someone calling her ‘mommy.’

Her determination finally paid off after she gave birth to a healthy baby boy at 48 years old. Sweet William made all the struggle and the huge amount of money spent on IFV worth it.