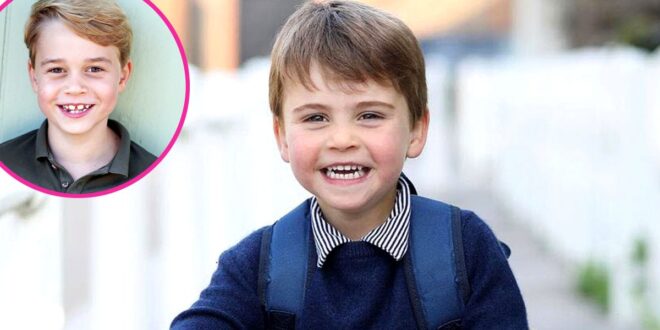 Pictures of cute kids are adorable to look at and no matter what kind of a day you are having they will always brighten it up.

The Royal Family have decided to share some photos with us!

Most will agree that Prince William and Kate Middleton’s kids are utterly adorable.

It’s clear to everyone that the Duke and Duchess of Cambridge have great genes judging by the cuteness of their three children.

Louis is all smiles wearing a backpack as he poses on his red bike on his first day of nursery school.

It only feels like his parents celebrated his birth yesterday.

While the whole world were trying to guess his name.

Louis is fifth in the royal succession, behind his grandfather, father and his siblings George and Charlotte

An adorable picture of Louis was shared on William & Kate’s Instagram in honor of their son’s special occasion.

Captioned: “Three tomorrow! Taken earlier this week by The Duchess before he left for his first day of nursery, The Duke and Duchess are pleased to share a new image of Prince Louis.”

One person remarked, “He looks JUST like his brother George!” one person commented.

The brothers Clap for Carers movement together in a video made during the coronavirus pandemic.

What an adorable family!

“Adorable. Thank you for sharing your family with the world!” shared one fan.