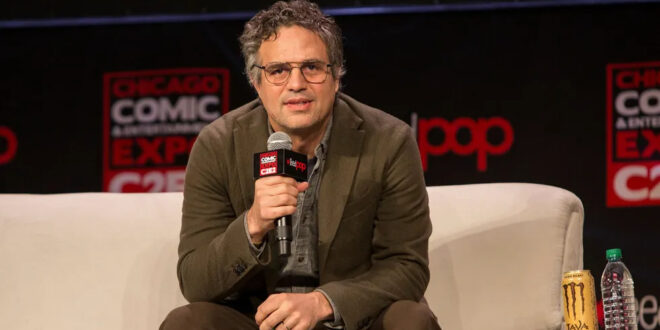 The Tragedy Of Mark Ruffalo Just Keeps Getting Sadder

Despite being hugely successful Mark Ruffalo has lived with so much tragedy.

Although this doesn’t knock him down as he always appears to be such a happy person.

Now fans seem to be heartbroken for the actor following his most recent update.

Read on to find out why?

Ruffalo worked as an actor and a producer in Hollywood for many years.

With his movie roles spanning throughout many genres…

Which tanged from comedy, romance, thriller, drama, and action.

In 2004 he gained recognition in romantic comedies such as 13 Going On 30.

Over time he landed super roles in movies like Shutter Island (2010) and the Marvel Cinematic Universe with The Avengers, Avengers: Age of Ultron, Avengers: Infinity War, and Avengers: Endgame (2012-2019).

This man is one talented actor…

Mark was nominated for 3Oscars and has bagged a number of Emmys and SAG awards.

Apart from being major Hollywood actor, he appears to live a normal and happy family life.

In 2000 he married Sunrise Coigney, the couple  have three children.

Mark is a humble family man.

His political activism on humanitarian, environmental, and mental health issues is hugely admirable.

People can’t get enough of him…

However his happy face is only a mask for what lies behind it..

You never know what happens behind closed doors.

In 2014 he discussed on CBS detailed his struggles about his major depressive episodes throughout his adolescence.

As a young child he struggled hugely with ambitions for the future.

He was embarrassed about his desire to act and never revealed his intentions.

Ruffalo spent his youth smoking, surfing, as he aimlessly wandering through life.

When he became a teenager things just seemed to get worse.

Ruffalo lost a best friend named Michael while the pair were studying together at the Stella Adler Conservatory.

In 1994, his close friend Michael died by suicide.

“When he died, it rocked me out of a dark depression,” he recalled. “The moment he left, I realized that death wasn’t an escape, that suicide wasn’t an answer.”

The actor has also dealt with health issues over the years…

In 2001, he was diagnosed with acoustic neuroma, the removal process of the benign timor left Ruffalo paralyzed in one side of his face and deaf in one ear.

He thought the time of experience tragedies was over.

Then in 2008 Scott Ruffalo his brother was shot in the head in his own home.

A week later, Scott passed away.

Despite arrests being made, no one has been charged and the case remains unsolved.

This was deeply painful for Ruffalo.

“It’ll always be the great mystery of my life,” the actor said about not knowing who killed his brother. “I make peace with every mystery in my life, you just live alongside it.”

However, he has made peace with his tragedies rather than refusing to accept them which is truly admirable.

Most people agree with his sentiment.

You can watch his heartbreaking interview below:

Previous People Share Pictures Of The Most Passive-Aggressive Things They Have Ever Seen.
Next The Real Reason Ellen’s Show Is Ending Is Much Worse Than You Think.