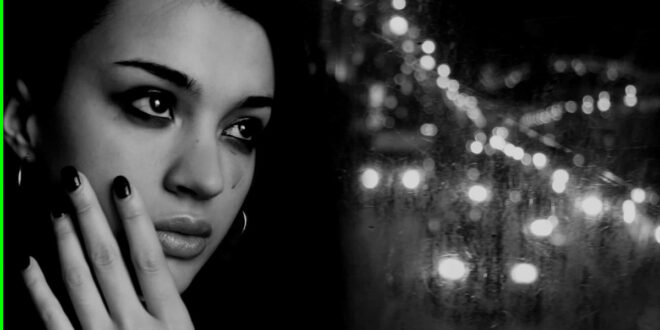 16 Signs That You Have Completely Lost Your Man

Relationships are never a sure thing. And sometimes, things just aren’t always meant to be. And as unfortunate as that might be, it’s a truth that we all have to swallow. It’s the reality that comes with relationships. It’s the risk that we all run whenever we fall in love.

There is always a chance where despite our best intentions, we can still end up feeling disappointed and heartbroken. Not all relationships are destined to have that happy ever after kind of narrative. Not all couples are going to be compatible enough to make things work.

And different couples can break up for so many different kinds of reasons. Relationships are inherently complicated and that’s why they’re so difficult to sustain. There are so many factors that go into making a relationship work and it’s all just far too complex to generalize.

And breakups themselves are just terrible experiences for all people involved. Sometimes, breakups are one-sided. Meaning one person has grown discontented with the state of the relationship and has decided to end things.

Sometimes, breakups can also be mutual wherein two people come to a shared decision to terminate the relationship. Some breakups are shocking. And some can be seen coming from a mile away. All couples break up for so many different reasons and in so many different ways.

And when you feel like a breakup is looming, or if you’ve already in fact broken up with your partner, then you have to be able to move on from it. This is especially true if you have no shot at making things work again; if you have no chance at rekindling that flame.

Maybe, if you think you have a chance at trying to get your man back, then perhaps it’s worth a try. If you think you can get them to fall in love with you the way that they did before, maybe you can try it out. But you have to be sure that you actually have a shot at winning back their love.

Otherwise, you’re just going to end up disappointed. You’re reaching an unreachable star. You’re chasing after an unattainable dream. You have to have some sense of self-respect. You shouldn’t be to self-deprecating to the point where you allow yourself to get hung up over a person who has completely gotten over you. You have to be able to move on as swiftly as possible if you want to find happiness again.

But how do you make that distinction? How do you know for sure that your guy really has moved on from you? You don’t want to let go of a chance of trying to win him back if you know you can still make things work. But the key is in trying to figure out if you actually still have a shot or not.

And while it can be difficult to generalize, there are certain signs that you can keep track of to know if you and your man can actually still make things work. While these are non-definitive, they can give you a fairly good idea of your chances at restarting things in your relationship.

If most of these signs don’t apply to you and your man, then perhaps it’s worth a shot at trying to make things work. But if you find that you’re both guilty of the things that are listed on here, then your man has really moved on and it would be better if you did the same.

1. He’s already in a new relationship with someone else.

2. He has completely erased all signs of you from his social media.

3. He asks you to return his valuables to him.

4. His vision of the future is completely different from yours and he’s not budging on it.

5. He exhibits shady and sketches behavior when he’s around you.

6. He will pick fights with you over the simplest things.

7. He makes contact with his ex-flames and former lovers.

8. He cancels on date nights with you more often.

9. He makes fun of you for no reason other than to make you feel bad.

10. He gives no importance to your memorable dates anymore.

11. He doesn’t make you feel like he supports you.

12. He seems like he’s stuck in a perpetual state of sadness and disappointment with you.

13. He refrains from being physically intimate and affectionate with you.

14. He doesn’t respond to your messages or returns your missed phone calls.

15. He stops giving you gifts and treats.

16. He doesn’t tell you that he loves you anymore.