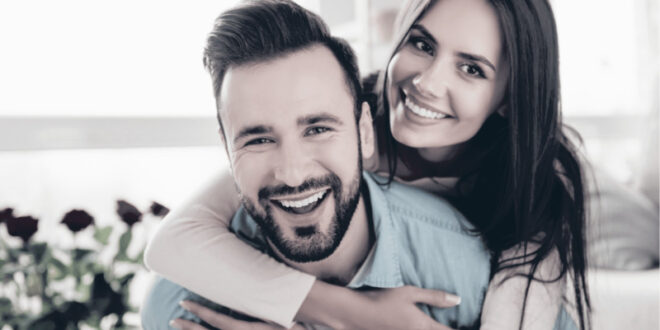 If Your Man Says Any These 6 Things To You, He Really Means It

Most guys won’t associate themselves with mushy moments, but when they do, it means they’re really in love with you ladies. There’s no one else in the world who could possibly make them feel that way, and somehow, you’ve managed to do it. Don’t take it for granted and don’t laugh at them when they’re trying to be sweet to you.

It’s almost expected that guys will be less in touch with their emotions when compared to their lady counterparts. There’s always this stereotype that men don’t like to be vulnerable and will shy away from any emotional ordeals. That can be true for the most part, but it’s not always going to be the case. Once a man gets the chance to meet the right girl; once he falls head over heels for a woman, you can expect drastic changes in his demeanour and outlook on life. Girls can have dramatic effects on guys. Love, in general, can bring even the most powerful man down crumbling to his knees.

Love has the power to humble any man and allow himself to be more vulnerable and in touch with his feelings. Most guys won’t associate themselves with mushy moments, but when they do, it means they’re really in love with you ladies. There’s no one else in the world who could possibly make them feel that way, and somehow, you’ve managed to do it. Don’t take it for granted and don’t laugh at them when they’re trying to be sweet to you. It’s a big deal and it takes a whole lot of courage for them to be that way to you.

If your man says any of these 6 things to you, he really means it:

1. I want to commit to you and you alone.There’s this misconception that men are just inherently polygamous. It’s a common mistake to assume that a man just can’t tie himself down to a single woman. That’s not true. A man can be incredibly loyal and trustworthy as long as he finds the right girl. If a man is willing to commit himself to you and is willing to handcuff himself to your side for the rest of his life, then he really means business. He’s no longer joking around with you. You mean the whole world to him and the thought of being with other women absolutely repulses him. It’s like he’s saying This is it. It’s you and me. No one else.

2. Whenever I think about the future, I can’t think about not having you in it.He’s no longer just living for the present. He’s no longer interested in playing the field. He’s set on tying things down and establishing a foundation for the future; it’s a future that’s built around the thought of having you at his side. He’s envisioning a tomorrow where you play a big role in shaping. If he’s saying that he’s thinking about a future with you, then you should know that he’s really getting serious. He’s no longer kidding around and he’s maturing as an individual and as a boyfriend. You are his chosen life partner and that’s a big deal for anyone.

3. I’m scared of the thought of not having you in my life.Any man would have difficulty with admissions of fear. No man would ever willingly admit to being scared of anything unless they trust you enough. If he’s willing to expose his weaknesses to you, then that’s one thing. If he’s telling you that you’re the actual source of his weakness, then that just takes it to a whole other level. It goes to show that he relies on you for strength. He depends on you to help him power through his struggles. He’s letting you know that he’s a strong man, but he can only be as strong as he is as long as you’re with him. The thought of not having you in his life frightens him and he’s serious about it.

If he’s confident about your relationship and when things start getting serious, the next logical step is for you to meet his natural family. His family members are important to him. They helped shape him into the man who you ended up falling in love with. He owes his entire life and success to them and he wants to share their company with you. He knows that you’re his future and so he wants you to be in touch with his past. If you’re important enough to him, then he’s going to want you to be liked by the other important people in his life.

5. My life is an open book to you.A man is rarely ever open about his emotions. You’ll seldom see a man who is willing to reveal everything about himself. Man can be inherently stoic and mysterious in nature. However, once the right girl comes along to break down those walls of secrecy, then everything changes. If he’s willing to open himself up to you. If he can reveal new depths of his personality to you, then that means he’s being sincere about how he feels about you.6. I love you.This line may be the most overused line in the history of relationships. However, when you hear the right man say it to you in the right way at the right moment, then there’s nothing like it. And one thing’s for sure when he says it sincerely, you’ll be able to tell. You’ll know. You’ll be certain that his love for you is no joke at all.