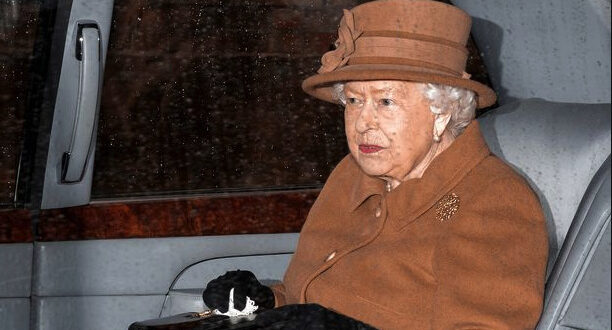 The Queen Suffers Yet Another Tragic Loss

Following the heartbreaking loss of her husband last month, the Queen has experienced yet another tragic loss.

Thousands of Royal fans have been sending their condolences to Her Majesty during this difficult time.

This year so far has certainly been a testing and tough one for the Queen.

News of her heartbreaking loss comes just a month after Philip’s death.

The Queen stayed strong throughout this last month despite everything.

Her majesty has now been beset by yet another tragedy.

It’s no secret the Queen is a huge dog lover.

In 1944 on her 18th birthday she was given her first corgi, Susan. Throughout her reign the Queen has owned more than thirty dogs all from the same family.

Monty was her most famous dog of them all, he appeared in a sketch beside her for the Opening Ceremony of the 2012 London Olympics…

After Vulcan, passed away last year the Queen was still left with her ‘dorgi’ Cindy so she had planned not to get any more.

A source said: “The Queen was left with only one dog at the end of last year. She had made the decision not to get any more because she didn’t think it fair at her age.”

“But it would be unthinkable for her not to have any. It’s like the Tower of London not having any ravens. The new puppies are adorable.”

While Philip was ill in hospital she acquired 2 new four-legged friends.

Their names had truly special meanings…keep reading to find out.

Fergus was named after her uncle Fergus Bowes-Lyon, who was killed in action during the First World War.

The second dog, Muick, named after Loch Muick a favorite spot for the Royals during their summer holiday.

Royal biographer Penny Junor said: “Her corgis are hugely important to her,” once the news was revealed.

“They have over the years been closer to her than any human being. The corgis are intensely loyal and loving and they have never let her down.”

However the Queen is dealing with another tragic moment.

News regarding her five-month-old puppy Fergus arrived as he sadly died.

Fergus was bought by Prince Andrew to help his mother cope with the grieving process.

Over the weekend it was confirmed that Fergus passed away.

A source revealed: ‘The Queen is absolutely devastated.

“The puppies were brought in to cheer her up during a very difficult period.”

“Everyone concerned is upset as this comes so soon after she lost her husband.”

At the moment it is unknown as to how Fergus actually died.