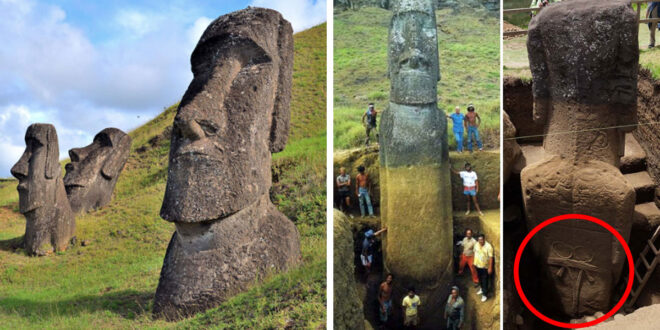 Rare Photographs That Show The Unseen Side Of Everyday Things

Life is such a precious gift and it’s always good to take a step back and realize what’s around us… and yep, I’m talking about the super weird stuff too.

We truly do live in a wondrous world full of medical marvels and nature’s crazy miracles. However, with the distractions of fake news and social media and, let’s be honest, the general ‘unsteady’ times that we’re living in at the moment, we do tend to forget all this pretty darn quickly.

I mean, people barely have time to stop and smell the roses these days, never mind think to open those roses to see what’s inside of them (spoiler alert: it’s pollen).

But trust me,  you’d be super surprised at what you’d find if you took a  closer, deeper look inside some of the things you pretty much see every day, but wouldn’t normally think twice about.

So, as usual, that’s where I come in! I’m here to bring you 20 rare photos that show the unseen side of things that are all around us… and it is completely and utterly wonderous, ya know, if I do say so myself. Anyway – enjoy!

This is called a ghost heart and you get it by washing away all donor cells until you’re left with a protein scaffold (urgh). This ghost heart is ready to be injected with the transplant recipient’s stem cells so a new heart (one that won’t be rejected by them) can be grown (double urgh).

Isn’t it wonderful what medical science can do these days? I didn’t even know it was possible to ‘clean’ a heart. Now… I wonder if it works for heartbreak?

2. The Giant Heads Of Easter Island Do Have Bodies Suprise! Yes, they’re not just huge heads! They DO actually have bodies! Now if you don’t think that’s insane then I don’t know what else I can tell you.

“The reason people think they are [only] heads is there are about 150 statues buried up to the shoulders on the slope of a volcano, and these are the most famous, most beautiful and most photographed of all the Easter Island statues,” explains Van Tilburg, who is a fellow at the Cotsen Institute of Archaeology at the University of California, Los Angeles. I’ve always wondered why we never see baby Pigeons, but I’m happy enough with seeing this cutie! This is SO adorable.

4. Grains Of Salt Under Electron Microscope Salt crystals are cubic, but some grains when observed appear to be made up of overlapping cubes.

Who’d have thought that a simple grain of salt would look this stunning when you get close enough!? They look like something from Doctor Who! Not too sure I want it on my fries anymore though. Did you know that other planets, as well as our Earth, could have Auroras!? I didn’t until now! I think Jupiter’s Aurora is particularly fabulous myself. Darn, we are so insignificant.

“Aurora’s are breathtaking cosmic light displays that can be seen from various planets in our solar system. An aurora is a finale to a process that begins with the sun. The sun emits a constant stream of charged particles or solar wind into the solar system. When these winds reach a planet they interact with the magnetic field that surrounds it, and compresses the field into a teardrop shape.” How unbelievable and beautiful is this!? It doesn’t even seem possible that something so complex and amazing could form all on its own, does it!? (Well, with a little help from my gal mother nature, of course.)

“In the absence of supercooled liquid water, the growth of ice crystals to precipitation size is most likely dominated by aggregation of smaller ice crystals, which depends on the ice crystal number concentration and temperature (Hobbs et al. 1974.)“

7. This Is An Intact Human Nervous System Yeah, I know what you’re thinking… THAT’s what’s inside of us!? Gross, but pretty freakin’ amazing, right!?

“In 1925 two medical students in Kirksville, Missouri were challenged to dissect a cadaver’s nervous system, starting from the brain downward, but leaving the entire system in one piece. The process took the students – M.A. Schalck and L.P. Ramsdell-over 1,500 hours!”

8. This Is What A Tiger’s Skin Looks Like When It’s Shaved This doesn’t surprise me actually, I’m not sure why, but I guess I always thought it would be the same for Zebras too… if they had fur, that is. Guess they don’t need many trips to the salon to keep up with their highlights, do they!?

9. You Can See Every Organ In The Glass Frog WOW. He looks like a little ornament that you’d have on top of your fireplace, doesn’t he!? There’s no way I’d be able to hold him, I’d be too terrified of hurting the poor little thing! I mean, talking about being naked… this is a whole other level.

“Reticulated glass frogs are found in the rain forests of Costa Rica, Panama, Colombia, and Ecuador. The skin on their underside is completely transparent which allows for you to see their internal organs and even their beating heart.”

10. This Globe For Blind People Just because your blind, doesn’t mean that you can’t travel the world! Or feel your way around it, thanks to this wonderfully adapted globe. As for me… I have one that opens up in the middle so I can hide all of my lovely wine inside of it.

11. An Agate Shell. Minerals Have Grown In The Voids Of The Shell And Eventually Replaced The Shell Too How gorgeous are these!? I’d totally want one of my own… and if you do too, you’ll be happy to hear that they aren’t actually that rare and often end up in people’s private collections. Obviously, that doesn’t lower their beauty one bit… they’re still pretty freakin’ special. Oh my word, I only have one question about this… WHERE can I get one!? I’ll give you as much money as you require! He’s so adorable!

“Raccoons are known for their bandit black and white look, which is what makes this albino creature an anomaly. Unlike their friends, albino raccoons lack any sort of camouflage which makes hiding from predators difficult and thus their lifespan shorter.”

Bless! I’ll look after him!

13. The Dark Side Of The Moon Passing In Front Of The Earth, Captured From One Million Miles Away It really does make you realize how small and insignificant you are when you see stuff like this, doesn’t it!? Unless you’re a Flat Earther of course… then it probably just fills you with rage.

“A NASA camera aboard the Deep Space Climate Observatory (DSCOVR) has captured a unique view of the Moon as it passed between the spacecraft and Earth. A series of test images shows the fully illuminated “dark side” of the Moon that is not visible from Earth.”

14. Some 5-Pointed Starfish Can Be Squared Due To Birth Defects I wouldn’t class this as a defect if you asked me! Look how stunning and adorable (squared) he is! He looks like a little, magical Egyptian artefact! Or a cute little biscuit (or cookies… depending on what side of the pond you’re reading this on)

15. What’s Under A Reporter’s Back: “Our Job Is So Glamorous” Wow, that must be really uncomfortable! But at least it’s hidden and she still looks totally glamorous, even if she may not feel like it! Either that or robots are looking more and more real by the day! This sea stack, which is located in 50 meters off the north Mayo coast at Downpatrick Head, Ireland, holds the keys and memories to a long past… including livestock, houses and the land that have lived there over an immense period of time! It absolutely blows my mind!

“In 1980 three scientists landed on the summit by helicopter and spent a couple of hours examining the remains of the buildings and plant life still surviving there. They discovered the remains of a building running across the centre of the headland with enough details left to say that both people and livestock lived together inside it.”

17. Snow Covered Net Roof Of The Aviary In The Zoo Oh my word, this is possibly one of the most magical and stunning photographs that I have ever seen! How cozy would it be to be under this!? You’d feel like you were in your own HUGE igloo! Or a magical Kingdom! It’s a good job that I’m not around this stunning thing on a daily basis, as I’d just want to climb it and sit in it! Which probably wouldn’t be a good idea for many, many reasons.

“Geodes are hollow rocks that contain inward-facing crystals that are formed by numerous different processes, namely a slow flow of mineral material into pockets of air within rocks.”

19. Processed Image Of An Actual Virus Via Electron Microscope Erm… NOPE. No thank you. Not today. I don’t want that thing ANYWHERE near me! My immune system is so garbage, it would take me down in no time. I wonder if it’s as nasty as it looks!? THIS IS WHY WE HAVE VACCINATIONS, PEOPLE!

20. Microbes Left Behind From The Handprint Of An 8-Year-Old Boy After Playing Outside Oh….lovely! Remind me to never go near a child ever again! …Not that I ever really need to be reminded why. They’re all just so… icky. And here’s the freakin’ proof!

Seriously though, before you freak out and burn your children, we need to remember that most germs won’t harm us. Our immune system protects us against most of these nasties and growing up in a ‘natural’ environment always helps kids develop a balanced immune response, which is definitely a good thing! So always let them go and play in the mud!