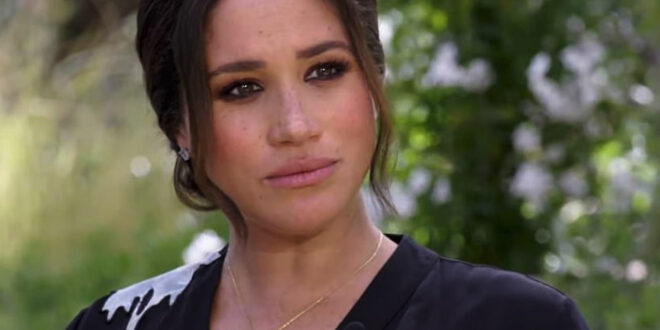 Prince Harry and Meghan Markle have just welcomed their baby girl into the world. However news of Meghan Markle’s health has emerged just days following the birth of her daughter.

Harry is doing his best to help his wife adjust to being a new mother again especially after the difficulties she experienced when Archie was born.

Scroll down to find out how Meghan is coping.

Tap on image to view gallery.

On the 6th June, Harry and Meghan announced the fantastic news that their daughter made her arrival into the their lives.

The arrival of Lilibet has brought much joy to people all over the world.

A spokesperson for the couple said: “It is with great joy that Prince Harry and Meghan, The Duke and Duchess of Sussex, welcome their daughter, Lilibet “Lili” Diana Mountbatten-Windsor, to the world.

People expressed their congratulations to the couple following the announcement of Lillibet’s birth.

Lili was born on Friday, June 4 at 11:40 a.m. in the trusted care of the doctors and staff at Santa Barbara Cottage Hospital in Santa Barbara, California.

She weighed 7 lbs 11 oz. Both mother and child are healthy and well, and settling in at home.

Lili is named after her Majesty The Queen, whose family nickname is Lilibet.

Her middle name, Diana, was chosen in honor of her late grandmother, The Princess of Wales.

The spokesperson also added: “This is the second child for the couple, who also have a two-year-old son named Archie Harrison Mountbatten-Windsor. The Duke and Duchess thank you for your warm wishes and prayers as they  enjoy this special time as a family.”

Despite current relations with the Royal Family they did in fact the time to congratulate the couple.

Messages on the Royal Family’s official Twitter account read “Congratulations to The Duke and Duchess of Sussex on the birth of Lilibet Diana!”

“The Queen, The Prince of Wales and The Duchess of Cornwall and The Duke and Duchess of Cambridge are delighted with the news. Lilibet is Her Majesty’s 11th great-grandchild.”

Archie’s name doesn’t really have any connection to the British Royal Family. It is a common name in the UK and means “genuine” or “brave”.

However it was an entirely different story for their daughter.

Once the couple discovered they were expecting people began to speculate a potential name. A source revealed they were “highly unlikely” to name their daughter Diana.

“Their biggest concern is that it would make her a bigger target for the media. And considerably increase public interest in the child’s life,” the source said.

In the end Harry and Meghan paid tribute to their daughter’s late grandmother.

Lilibet is actually a reference to Queen Elizabeth, who was reffered to as “Lilibet” as a young child. Which was actually initially used by Princess Elizabeth, because she couldn’t pronounce her name correctly.

She was called Lilibet by the innermost circle of her family, with her late husband Prince Philip also referring to her by that moniker.

The Queen’s grandfather, King George V, used to call her “Lilibet” and the name stuck seems to have stuck since then

The couple didn’t rule out Diana as a middle name.

Harry and Meghan did fear that the name Diana would “place too much pressure on the child”, which would make life more difficult. However,

Even though Harry and Meghan’s newborn daughter is named Lilibet, she will be known as “Lili”. What a lovely name Lilibet “Lili” Diana Mountbatten-Windsor.

To honor both the Queen and Princess Diana by naming their daughter after them seems like a very nice thing to do. However, things go deeper than they first appear, if certain rumours are to be believed.

Harry and Meghan face criticism over the names they chose for their beloved daughter.

One royal critic, wrote that Meghan and Harry might have taken things too far by naming their daughter Lilibet.

“By giving the baby the name Lilibet, the Queen’s private family nickname – even though they intend to use the diminutive ‘Lili’ for their daughter – there is a risk,” Kay wrote.

“Will it be seen as a presumptuous choice for a royal baby who is eighth in line to the throne, but who will grow up on the other side of the world speaking with an American accent?”

Harry and Meghan are now able to afford some time away from the media frenzy which surrounded them for the last few months.

The chaos all began when they left the Royal Family. Which followed with an Oprah Winfrey interview.

In April, Harry reunited with his family at Prince Philip’s funeral, however things didn’t improve despite the family meeting.

Apparently Harry became furious with his father and brother after they reportedly “ambushed” him with a surprise meeting.

Harry has been so good to Meghan since requires much needed rest and is taking care of everything.

A source reveals “Harry is a devoted family man and has been helping out around the house,” he picks vegetables from the garden to make fresh juices for Meghan and entertains Archie when she needs to rest up. He loves taking Archie to see the chickens or for a swim in the pool.”

Almost two weeks have passed since the birth of Lilibet Diana as the world eagerly awaits first glimpse of the little girl.

Harry and Meghan have taken some well-deserved family time together at their home in Montecito, California.

However news about Meghan’s health has come to the surface.

Meghan seems to have recovered very quickly from the birth of their daughter while she take much needed and deserved rest.

Meghan is already back up on her feet.

“The couple has been relaxing at home since becoming proud parents of Lilibet, she is already back on her feet and walking the dogs.”