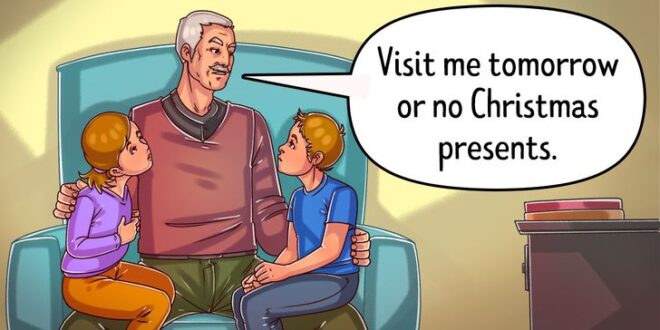 For many of us, grandparents are good folks who love our kids just as much as we do and have the exclusive right to spoil them with an extra portion of sweets every once in a while. But let’s be honest: sometimes grandparents can turn out to be egoistic and manipulative, and this can turn a family’s relationships into never-ending drama. If you suspect your kids may be dealing with this kind of grandparent, don’t worry, there are harmless ways to fix the situation.

Here at news35 we’ve found out about the things that toxic grandparents do and say, and what steps you can take to ease the stress and build good relationships inside your family.

They are undermining you as a parent. 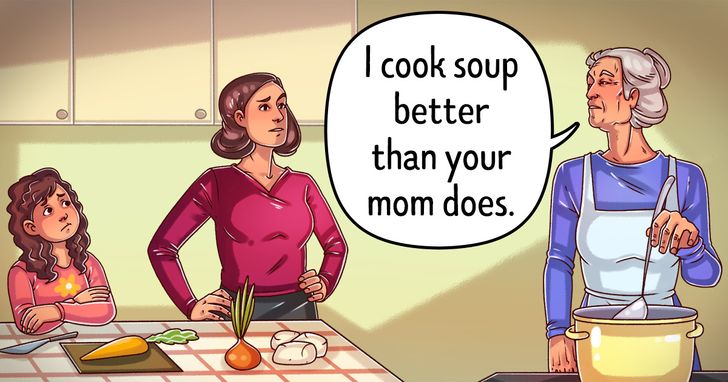 For toxic grandparents, whatever you do is never enough and they always know better. They often undermine the things you do and say as the parent. As a rule, this type of grandparent doesn’t respect the rules and boundaries you set and turns the routine you’ve developed into complete chaos.

They keep interfering with your decisions as a parent.
If your parents or in-laws extend your kid’s screen time every once in a while, this is not a case of being a toxic grandparent. But if it happens all the time and all your rules are getting constantly broken, you are most likely dealing with this type of grandparent. Toxic grandparents doubt all of your decisions as a parent and argue with you right in front of your kids.

They make you feel guilty in order to manipulate you. 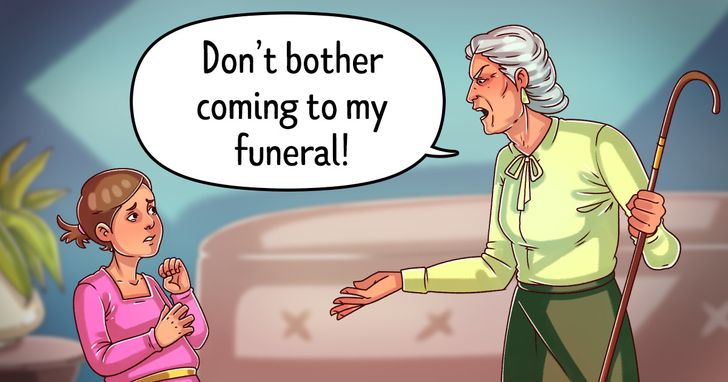 Toxic grandparents often use manipulations to make you and your kids do what they want. If you or your spouse experienced these manipulations as kids, there’s a chance your parents or in-laws will follow the same pattern when communicating with your kids. The phrases manipulative grandparents say can be different:

Kiss me or I will cry!

Don’t bother coming to my funeral!

I guess you don’t love me then! and so on.

They often play the victim.

Playing a victim is often used as a way to control other people’s behaviour and manipulate it, whether it is intentional or not. Grandparents can make you feel guilty, selfish, and frustrated by stressing how much they did or are doing for you and your children and how you should appreciate it more than you do.

They try to buy the love and attention of their grandchildren. 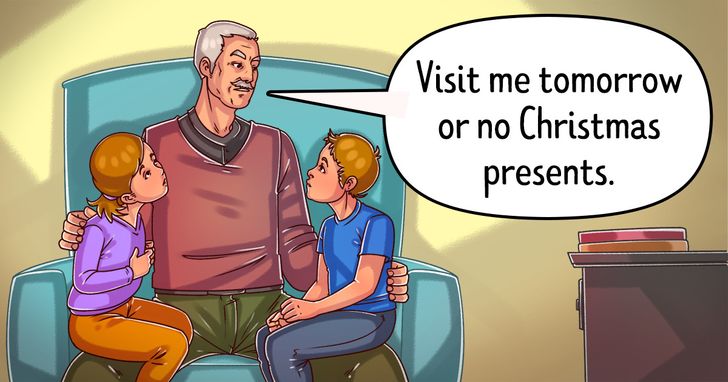 It’s totally OK when grandparents spoil their grandchildren with gifts every once in a while, but toxic grandparents use gifts to “buy” love and attention. As a rule, they buy way too many expensive gifts for your kid and try to outshine you as a parent on every holiday and they also buy expensive gifts without asking for your permission. They use the gifts they give as a way to manipulate you and your children.

They play favourites.
If grandparents choose to see one grandchild and ignore the other one, this is a warning sign of a toxic relationship. Grandparents also play favourites by comparing kids and saying things like: “You’re not as smart as your sister” or “Your brother did it better.”

They believe they are entitled to spend all their time with their grandchildren. 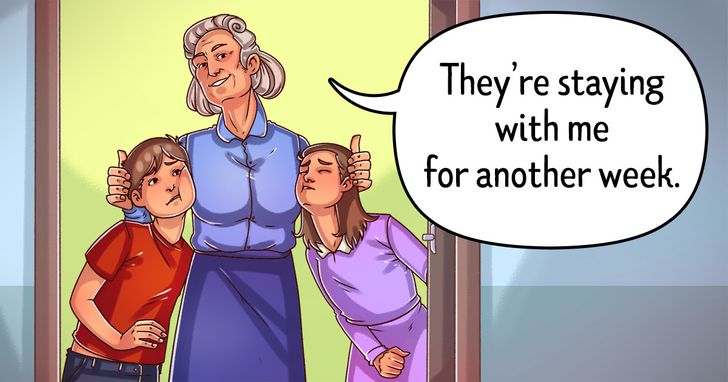 Here’s what you can do to build healthy relationships with toxic grandparents.
Talk to toxic grandparents. Let them know how their actions make you feel and how they affect your children. It may sound pretty obvious, but sometimes we think that the people around are able to guess how we feel, and we avoid opening up and talking things over.
Set clear boundaries for your child and yourself. You are the parent, and while your child is still little, it’s up to you to decide what’s best for them. If you think your child should stick to a certain diet, have a strict bedtime schedule, and not receive certain presents, let their grandparents know the rules of the game and make sure they follow them.
Be an active listener and appreciate their concern. If your parents or in-laws don’t agree with you, stay calm and don’t take it too personally. Listen to their point of view and in a matter-of-fact manner explain why you’ve made your choices. Tell them that you heard and understood their points, but your choice is different. Don’t forget to thank grandparents for their love and attention toward your kids.
Invite a third party into the discussion. If talking things over doesn’t help, ask someone to join your conversation. It can be a friend, a relative, or a therapist.
Limit communication for a while. If you tried your best but nothing has worked, limiting your kid’s communication with toxic grandparents can be a way out. Apart from taking a break and not seeing them for a while, you can try supervised communication, which you can guide.
Whatever choice you make, remember that cutting ties with grandparents can be harmful to your kid. So, before making a decision to limit communication, thoroughly think things over and make sure that the choice you’re making is the best for your kids.

Have you ever faced the problem of toxic relationships within your family? What did you do to fix the situation?