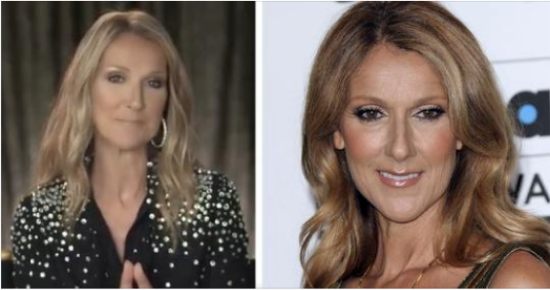 Celine Dion has also been through some very tough times, experiencing tragedy that only a few can imagine.

Back in 2016, her whole world crumbled when her husband, René, passed away from throat cancer.

Now five years later she has also given an update on her dating life after the passing of her beloved husband.

Céline makes the most of life and plans to be back touring again soon.

Céline Dion’s career has been very successful as she went from Eurovision Song Contest entertainer to a worldwide superstar while creating a family of her own.

Céline Dion was born on March 30, 1968 in Charlemagne, Quebec, Canada. She was the youngest of 14 children, and her parents, Adbemar and Therese Dion, were both into music.

Her family were actually part of a band, Dion’s Family, and toured Canada while Céline was a baby.

Her parents eventually opened a piano bar, where she performed at the age of five.

“No, it really wasn’t. I remember passing down clothes from one sibling to another – I’m the youngest child of 14,” Céline Dion explained.

“I had to walk to and from school four times a day often in snowstorms that were quite common in my hometown of Charlemagne in Quebec, Canada.”

Dion also felt very insecure growing up because she had an issue with her teeth.

“I remember not feeling my best or looking my best. I felt like a real outsider and didn’t have many friends at school, I just wanted to be at home with my brothers & sisters and my parents because that was my most comfortable zone. We didn’t have much money, but I never considered us to be poor because my parents were great survivors and they instilled that in me too,” she said.

It was obvious from an early age that Céline was a very talented, when she was twelve her parents sent a demo tape to manager and producer Rene Angelil.

Her voice made producer cry

Rene loved the sound of her voice and invited her to audition, this is where her success story began.

“She was this homely little kid named Celine Dion. The mother did all the talking, and the girl never said a word,” said Rene Angelil.

“Then she started singing into a pencil, pretending it was a microphone. And what I heard was enough to make me cry. I heard a special voice like I had never heard before.”

Rene dumped all of his other clients and remortgaged his house to produce Dion’s first album while he brought her on tour in Canada, Japan and Europe.

Céline became recognized internationally in 1988 when she represented Switzerland at the Eurovision Song Contest.

Céline went on to become one of the biggest-selling recording artists of all time. With songs like the classic Titanic soundtrack My Heart Will Go On, Because You Loved Me, The Power of Love and Where Does My Heart Beat Now.

Not only has Céline given us wonderful songs, but she’s also won many awards, including an Oscar and a Grammy Award in 1991 for her version of Beauty and the Beast. Six years later, she won the Academy Award for Best Original Song with My Heart Will Go On.

In 1991 they were engaged and got married in Montreal, Canada only to renew their vows later in 2000 in Las Vegas. René and Céline went on to have three children together.

They had their first son in 2001, naming him René-Charles Angélil.

In 2007 they decided to try IVF for a second child. After a few unsuccessful attempts the couple announced they were expecting twin boys in May 2010.

In 1999, Céline faced one toughest times of her life when she heard that her husband René had throat cancer.

Céline took on the role of becoming his caretaker looking after her husband during this difficult period.

Dion chose to dedicate the song to her late husband which she performed for the first time at the “Stand Up To Cancer” gala.

“I miss René every day, and the loss will now be a part of my life,” Céline said before starting her emotional performance.

Céline and her children are moving on, and during the COVID-19 pandemic, they’ve had the chance to spend a lot of quality time together.

“It was the old-fashioned family fun, simple pleasures of life, playing outside a lot, being with them, cuddling at night,” she said. “Honestly, making the best out of this.”

Dion was due to world tour Europe this summer, but had to reschedule to 2023 because of the pandemic.

“The tour was canceled. The whole world shut off and it was definitely different, but for us we were very fortunate,” she remarks

Dion spoke out about what life is like without him.

“Losing my husband, for my kids to lose their father, it was quite something,” she states.

“I feel like René has given me so much through the years and still today. I see my kids, I look at them — we live with him. We still live with him. He’s part of our lives every day, so I have to say that I feel very, very strong.”

The grief of losing the love of your life is something you can’t explain. You live with it every single day, and the mourning doesn’t come with an expiration date.

Céline Dion wasn’t ready to date yet, but admits she misses having a partner.

“Love is so big in my life”

Céline claims she has all the love she requires from her children.

“I don’t know. I have no idea,” she mentions. “But right this second, love is so big right now in my life, with my kids, with life itself. I’m not thinking about a relationship and falling in love again. I don’t. Do I have to say that it will never happen anymore? I don’t know. I don’t know.”

Céline lives in Henderson, Nevada, just outside Las Vegas with her children and she is eager to return to work. She is set to begin a residency at Resorts World, Las Vegas.

Vegas has a special place in Celine’s heart.

“Vegas has given us, my family and I, an opportunity for me to be a mom, for them to be kids, for me to perform for my fans and to practice my passion and every night come home,” Céline Dion said.

“That is rare, so I really feel that Vegas has given me motherhood and the best as an artist, the best of both worlds.”

“It’s going to be about an energy, about starting again, about living again, about feeling that something will come out of this, hopefully,” she explains. “It’s about a moment.”