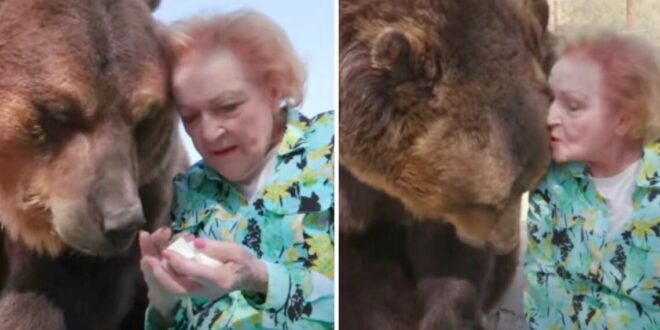 She just celebrated her 99th birthday and is still going strong.

If there ever was a poll taken of most beloved actresses of all time, undeniably Betty White would be in the list.

She was born on January 17, 1922, in Illinois as an only child. Her family shortly thereafter moved to Los Angeles.

She landed her first job at a local television station and in the early 1950s launched her first show, “Life With Elizabeth.”

But it was “The Mary Tyler Show” that gave her eight-decade long career a boost.

She proved to the audience that behind her sweet smile in a sharp wit kept others around her on their toes.

For most people though, it’s “The Golden Girls” that Betty is most well-known for. The show followed the lives of four elderly female friends and was one of the top-ranked shows on the air lasting for seven seasons.

It won several awards including an Emmy for Betty.

Betty has worked steadily over the years, but in 2010 her career took off again when she appeared in a humorous candy bar ad for that year’s Super Bowl.

Her popularity through a Facebook campaign launched her to become the oldest person to host Saturday Night Live.

Though she was initially reluctant she told Newsweek,

“It was the scariest thing I’ve ever done. It was really funny stuff, but it was a challenge.”

But to Betty, her most defining and important work is her charity work to animals. She told Hollywood Reporter,

“I have to keep acting so that I can afford to keep doing my charity work!”

She will be the first to admit that animals are her greatest passion.

For more than 40 years she has worked with the Los Angeles Zoo and the Morris Animal Foundation. She has said,

“I’m actually the luckiest old broad alive. Half my life is working in a profession I love and the other half is working with animals.”

“I believe Betty White can charm the savage beast. Though Betty always treats people with dignity, respect, and charm, she has a far closer relationship to animals than she does people.”

Betty tells the story as a child her family would pack up for three weeks and camp in the High Sierras and never see a human being.

Her parents also had a deep love for animals as she jokingly says when she was born,

“I think they were so disappointed when I was a baby that they had a baby and not a little animal.”

With all this, it is no surprise that Betty feels so at home with animals.

In the video below she is casually sitting next to a giant brown bear named Bam Bam at the Los Angeles Zoo.

As she chats she pets and feeds the giant bear marshmallows right from her hand and says,

then plants a kiss right on the grizzly’s fur.

Watch her incredible interaction with the giant bear in the video below! Truly there is no one like Betty White!